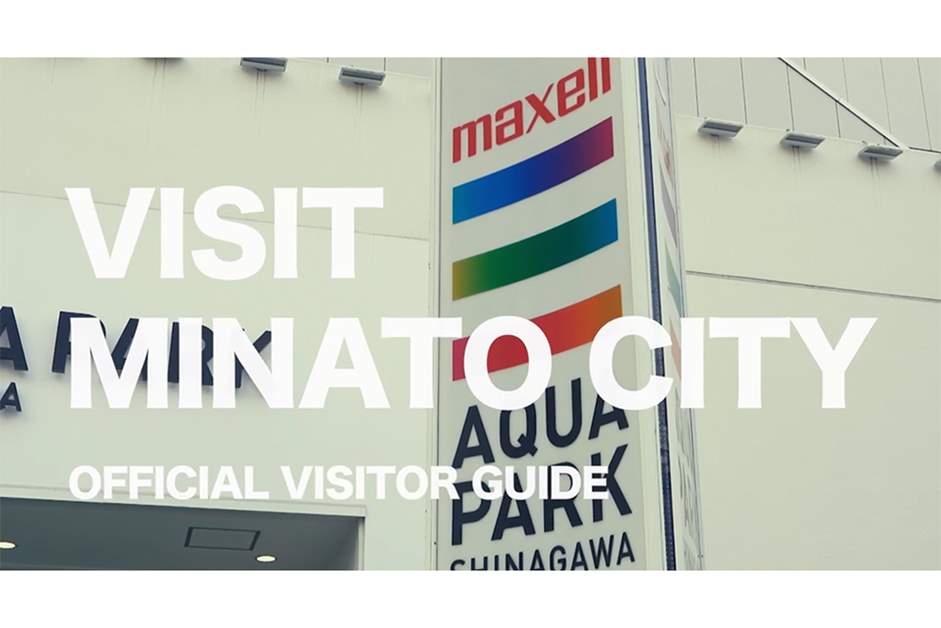 "Maxell Aqua Park Shinagawa" is right in front of JR Shinagawa Station Takanawa Gate. The facility has many attractions and an aquarium with around 350 species, 20000 organisms displayed. It is a place where cutting-edge technology such as projection mapping and aquatic organisms collaborate, receiving high praise from its visitors. Today, we will be introducing you to this entertainment facility with a video. We will also be choosing our top five "cute animals" within the facility, so please check this out!

"Maxell Aqua Park Shinagawa" is inside the Shinagawa Prince Hotel, right in front of Shinagawa Station. It is a spot that can be easily put into your schedule when you go sightseeing in Tokyo from its great location and easy access. Also, a yearly pass is sold at a price of two admissions, so many visitors come regularly.
The facility spans two floors. The ground floor has aquarium exhibits that change over the seasons and "The Stadium," where the dolphin performance is held. The 2nd floor has permanent exhibits. The walkways in the aquarium are wide with slopes and elevators where needed, making it safe for children and the elderly. There are three stroller storage areas near the entrance and in "The Stadium." There is also a nursing room.

On the 1st floor, an event called "NAKED SAKURA AQUARIUM" was held when we visited the facility. The event was inspired by "Cherry blossom watching in the world of the sea."
A fantasy-like world opens up in front of us as we take a step into the entrance. Inside the digital cherry blossoms in their full bloom, sea breams gracefully swim inside the aquarium. There are two attractions close by, "Boat of Pirates" and "Dolphin Party."
Next, we go to "Patterns," an immersive area. Here, with the concept of "Japanese Garden in Spring," the digital art colors the floor and walls, pulling us into a different world. In the aquariums inside the area, beautiful koi and goldfish swim. The rare scenery collaboration of the four seasons and aquatic animals moves the heart of the visitors.
After following the route in order, we arrive at the "Coral Café Bar." In this Café Bar, many luminous coral aquariums surround us as we are served event-limited original menus. You can take a small break in this stylish atmosphere with a great view of the three cylindrical aquariums on the same floor.

Admiring the Graceful Jellyfish and Getting Amazed by the Dolphin Performance!

The next area, "Jellyfish Ramble," is a romantic space where various jellyfish swim inside cylindrical aquariums colored by lights and sound. Mikado Jellyfish and Moon Jellyfish float in the water, lit by colorful lights. It's an experience where we feel the mysteries of life.
Also, there is "The Stadium," where the dolphin performance is held. It varies depending on the season, but the performance is held 6~8 times every day. Its theme changes every season, and there is a night-time version held after sunset.
Pacific White-Sided Dolphins, Bottlenose Dolphins, and False Killer Whales perform with the trainers. The lighting and music create a unique performance that you can only experience here. From its dynamic jumps and singing, the dolphins amazed us from the beginning to the end, giving everyone inside the stadium a sense of unity.
After the performance, let's give the dolphins a big round of applause!

"Five Cute Animals" We Found at the Permanent Exhibit

In the permanent exhibition on the 2nd floor, many organisms and specimens are displayed over five different zones. Because there are around 350 species here, there are countless cute animals. However, we chose our "Top 5 Cute Animals," and will introduce you to them as we go through the five zones.

1. Dwarf Sawfish - Only Shown in this Aquarium
The "Wonder Tube" ocean tunnel, where manta rays swim above our heads, is a great place to take pictures. Inside this breathtaking atmosphere, you can see the dwarf sawfish, a species that can only be seen in this aquarium. You might be surprised at first by its saw-like nose, but you can see its rather cute (?) small eyes and straight mouth from below.
2. Longhorn Cowfish - Two Stylish Horns

In "Little Paradise," you will be able to see tropical fish and sharks on both sides, and some aquariums change themes periodically. Among the cute clownfish and spotted garden eel, the fish we chose was the longhorn cowfish. Babies are small enough to fit in the palm of our hands, and their round pupils and puckered-up mouth make them very cute. However, the fish holds venom in its skin, not something one would imagine from its cute looks.
3. Small-clawed Otter - Full of Energy

In "Wild Street," you can see popular animals such as seals and fur seals. It is also where you can enjoy the "Feeding Time" event (Seasonal), where feeding and explanations of penguins and seals are done. In this area, the small-clawed otter is especially popular. They run around, playing with each other. They move around so much that it's difficult to take a great photo. But that means that if you're able to meet eyes with it, you'll be amazed!
4. Stellate Puffer - Drifting Slowly and Giving Relaxation

The Stellate Puffer can also be seen in "Wild Street." It moves around slowly inside an aquarium where large sea turtles live, drifting rather than swimming. With its mouth always open, its cute expressions will make you relax.
5. Yellow-Banded Poison Frog - From Latin America

In "Aqua Jungle," you'll see animals from the jungle such as enormous Arapaima, Capybara, and Iguanas. Its wilderness-like atmosphere makes us think that we're really exploring a jungle. Here, we met the yellow-banded poison frog. This animal, which lives in the rainforests of South America, has vivid yellow and black patterns. Its long, slender legs are another characteristic!

Events Where You Can Touch the Animals!

By the way, if you want to learn more about the animals, the AI picture book app "Rinne Lens" is convenient. When you hold your phone over the water tank, it will automatically recognize the animals and will tell you their characteristics. Please use it as a guide.
In the Friendly Square outdoors, you can watch a mini-performance by fur seals and small-clawed otters on weekdays. There is also a "Getting in Touch Plan" (Additional fees and reservation required, limited number of admissions) where you can feed the Capybaras and touch dolphins. Please check out the official website for more details.

[For more details such as entrance tickets, check out the official website]
http://www.aqua-park.jp/aqua/index.html

Cutting-edge TOKYO entertainment that brings together sound, light, video, and animals. About 20,000 animals from 350 species will be represented through diverse productions expressed with seasonal themes. The dolphin performance held in the 360-degree stadium style venue is popular for the programs that change entirely from day to night.

The geography of Minato Ward is mainly divided into the Musashino Plateau in the West and the Bay Area in the East. The city, built on geography with many elevation differences, has many slopes. More than 70 wooden guides stand. It is said that there are more than 100 slopes in Minato Ward. What is ...

Places in Minato, Tokyo Where You Can Feel the Sustainable Development Goals (SDGs)

With Christmas Season just around the corner, illumination events have started in many parts of Minato Ward, Tokyo. Here, we will be reporting on the latest information and the actual events themselves.https://visit-minato-city.tokyo/en/articles/442 Maxell Aquapark Shinagawa "NAKED STAR AQUARIUM" ...

The illuminations start to light up cities as everyone gets ready for Christmas. Roppongi, where two major spots, Roppongi Hills and Tokyo Midtown, reside, attracts attention not only from Tokyo but from all over Japan. This year is no exception as various places in Roppongi start their original ill...