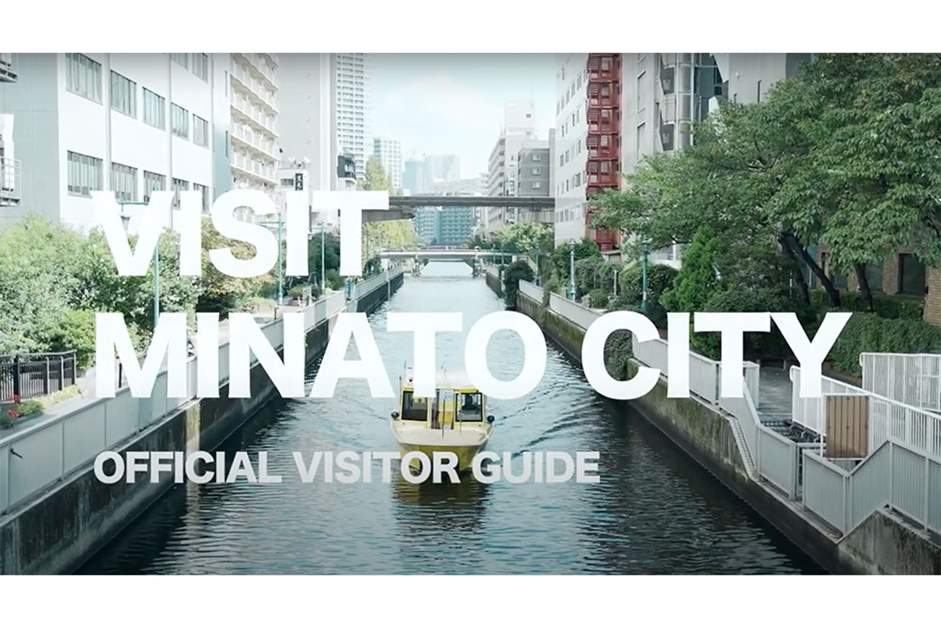 When you visit Takeshiba Pier or Odaiba and look out over the ocean, have you ever seen a yellow boat that stands out from the crowd? This cute boat is operated by Tokyo Water Taxi. In fact, you can charter this cute boat and order a private cruise with a driver. This time, we ordered a tour of the Shibaura Canal and Tokyo Port, which are especially popular, to explore Minato Ward as seen from the sea.

Go on a private cruise on a cute yellow boat!

Tokyo Water Taxi, which has a sales office in Shibaura, Minato-ku, Tokyo, currently has seven boats in operation. The routes operated by the company include the "Basic Ride Direct Service," which is a convenient means of transportation, and the "Basic Ride Recommended Service," which is designed for sightseeing with regular courses. Starting this October, some of these courses can also be booked through the Tokyo Metro and Toei Transportation apps. This time, we will enjoy a short trip on the water on the "Basic Ride Customized Service," a course that can be arranged according to the user's wishes!
The boarding point is the Tamachi Disaster Prevention Boat Terminal, located near Shinshiba-bashi Bridge, about a 3-minute walk from JR Tamachi Station. Located near Tamachi Station, "the closest station to the sea on the Yamanote Line," this is one of the most popular boarding points for the Tokyo Water Taxi, which offers a choice of 20 locations. When we arrived a little early, that shiny yellow boat was coming from the other side. This time it was the "Marine05" water cab that would be taking us on board. After being guided by the captain and strapped into our life vest belts, we were on board!
The boat, which can accommodate up to eight people, has a comfortable cabin with sofa seats, and is built to go out on deck to enjoy a more exhilarating view. There are power outlets for passengers, and the lights can be dimmed at night. Staff member Inoue says, "We are very happy that many people look forward to using the boat with whom and how they want to use it next time once they are on it. The biggest advantage of chartering is that you can spend time without worrying about your surroundings. We are also seeing an increase in the number of occasions where charters are used for events such as outings and reunions, corporate training, and as an accent for entertaining overseas guests," says Mr. Inoue. says Mr. Kurokawa. Dogs over one year old can board the boat on a leash, and the boat is becoming increasingly popular as a dog-friendly leisure activity. The boat is heated, so it is comfortable even in winter. There is also a restroom, so there is no need to worry in case of emergencies.

The boat leaves Tamachi and heads toward Shibaura, passing under the Shin-Shiba Bridge.

A Swiss cruise through the canals. A boat trip made possible only by a small boat.

The Shibaura Canal, with its rows of high-rise residences and office buildings along the waterway, creates a unique landscape. Small boats with a small turn of speed are able to move smoothly through the canal, which is lined with many small bridges. Passing under bridges such as Takeshiba and Urashima bridges is quite a powerful experience.
The friendly cuteness of the boat's hull, which stands out in its surroundings, also makes it easy to be waved by parents and children walking along the canal. Touring the land connected by many bridges from the water, you may feel as if you are island hopping from island to island.
As you continue on, you can see houseboats moored on the shore and monorails passing overhead on elevated tracks above the water. The views are so spectacular that they cannot be seen from the land, making you feel as if you are passing through a "back alley" of Tokyo.
And once you've had your fill of canal cruises, the next step is to pass through the Takahama Aqueduct, which separates the canal from the ocean, and into the open waters of Tokyo Harbor!

Giant cranes at the Shinagawa Container Wharf, and the work of professionals up close!

From here, the view is even more open than before, as you continue on through the city. A panoramic view of the Rainbow Bridge with the Odaiba side of the city in the background opens up in your field of vision. The boat first moves to the left to the loop bridge that connects to the Rainbow Bridge. While it is a special experience to be able to view the Loop Bridge, a popular photo spot, from directly below, it is also a special event to be able to see areas that are not accessible by sightseeing boats.
Here, a colorful hydrofoil boat of Tokai Kisen, which connects Takeshiba to the Tokyo islands, was resting its "wings," and we also encountered a retro steel "daruma-bune," which has been in service since the Showa Era (1926-1989).
The ship then heads gradually south toward the Shinagawa Container Wharf, another highlight of the trip.

The Port of Tokyo, which handles more than 80 million tons of cargo annually, is one of Japan's leading trading ports. As a trading port that supports the daily life of the Tokyo metropolitan area, it is characterized by import cargo volume that is nearly three times greater than export cargo volume, and it boasts the largest volume of foreign currency containers handled in Japan in terms of overall cargo volume. The Shinagawa Container Wharf, which began operating 45 years ago as Japan's first container wharf, is used mainly by ships from China and other Asian countries.
On this day, we got a close-up look at the wharf work by getting very close to the shore where the giant tanker was docked. It is a rare experience to be able to get this close to the wharf, which is not easy to do on other sightseeing boats. The closer you get to the wharf, the more impressive the stacked colorful containers become. The towering gantry cranes are also a sight to behold! This is a logistics base that operates 24 hours a day, 365 days a year, supporting people's daily lives.
It was right in the middle of the hauling operation, so we witnessed a dynamic scene of cranes lifting and moving containers. While I couldn't help but cheer when I saw the realistic professional scene, I was also impressed by the work of the drivers who could work at such a high place while looking at the operation room at the base of the crane.
From there, the boat passes under the Rainbow Bridge as it cruises leisurely through the harbor, leaving the captain in charge. The mood on board gradually becomes more chilled as you feel the sea breeze as you pass by Shinagawa Daiba and gaze at the retro triangular-roofed warehouses lining the Takeshiba Wharf.

Take out local delicacies for an exciting lunch on board!

Now, after seeing and being impressed by so many things, you will surely be hungry. Where there is good scenery, there is good food. Of course, this boat trip also offers a unique culinary experience. If you make reservations in advance, you can take out the menus of several local restaurants on the water. This time, we had take-out from "mi tiempo" along the Shibaura Canal and had lunch on the boat with their signature dish, "choripan.
Choripan is a South American-style hot dog made of chorizo split in half and sandwiched between two baguettes. It is the soul food of Latinas, loved mainly in Argentina and Uruguay. This choripan is a dish with so many vegetables that they fill up the chorizo inside. The basil sauce was a refreshing accent, and the portion was large enough for two people to share!
And so our enjoyable trip came to an end. We returned to the Shibaura Canal and returned to the Tamachi Disaster Prevention Boat Terminal where we started. Captain Fuchigami told us at the end of our trip, "From mid-November to around February, flocks of migratory Eurasian Gulls from Russia follow the boat, making for an urban nature experience." Oh, that must be wonderful in the winter season as well...and I would like to ride again at another time of the year.

For more information on the "Basic Ride Custom Flight" we experienced this time, as well as on Tokyo Water Taxi and how to contact the company, please check the official website below. The ability to make on-demand reservations while keeping an eye on the weather is something that only Tokyo Water Taxi can offer! Why don't you enjoy private cruising with a course arranged to your liking?