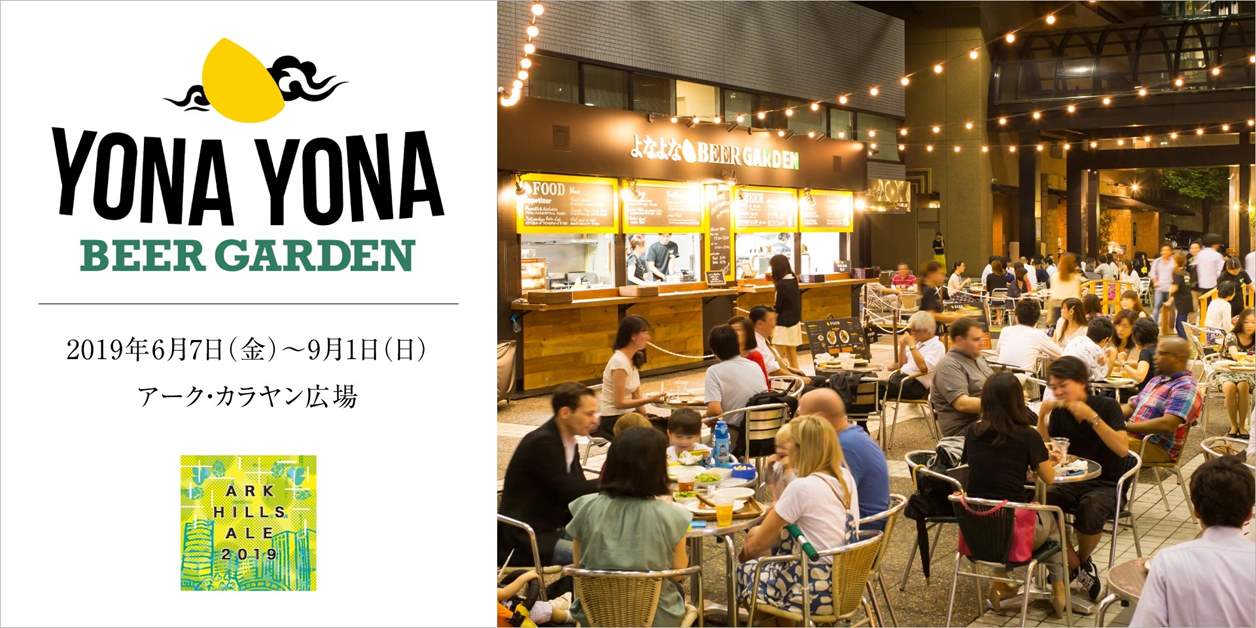 This period, "limited craft beer" can be tasted only in the YONA YONA BEER GARDEN in ARK Hills] appeared "YONA YONA BEER GARDEN in ARK Hills" is a beer garden with a draft of six popular beers, such as the Ale Beer "Yyoyere" and "Wednesday's cat" that represent the Japan. We offer the first unlimited drink menu including six kinds of beer. In addition, a set that can be compared to drink to choose four of the six types of craft beer also appeared. This year, Ark Hills Limited craft beer, which has been specially brewed for the beer garden, is now available. I will expand in the lineup irresistible to beer lovers.