Nezu Museum of Art "The 10th Anniversary of the Founding of The New Founding Exhibition: The Flower and Bird Expression of Japan and the Orient" 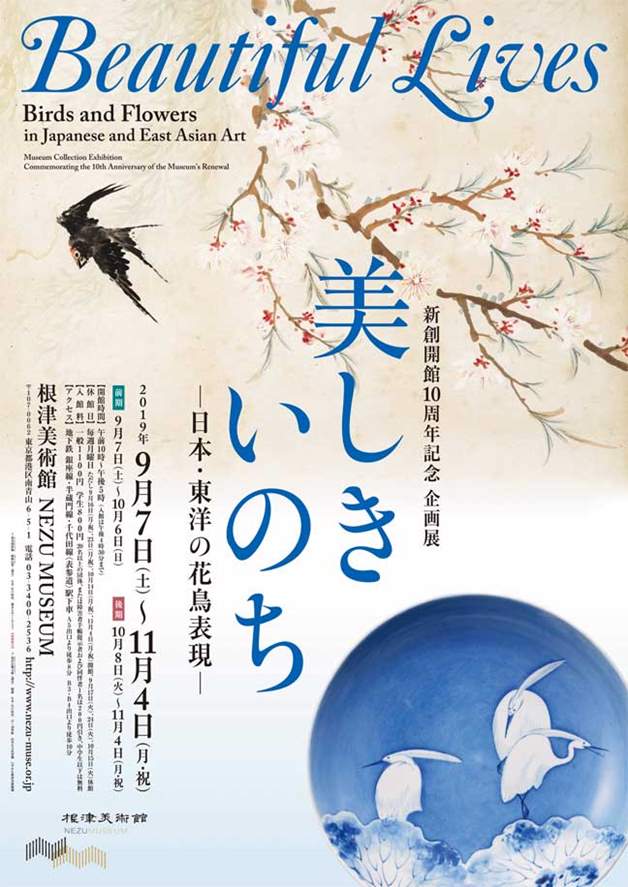 Colorful flowers and birds with shiny feathers have long been the subject of awards, regardless of whether they are in the east or west of the West. Especially in East Asia, which is mainly China, flower and bird paintings depicting flowers and birds have become a major genre of painting, along with portraits and mountain water paintings. On the other hand, the word "sketch", which is used in the meaning of sketches in modern times, was originally meant to observe the object in a flower bird painting and to copy its shape, ecology, and, in turn, a vivid appearance.
In other words, it can be said that a flower bird painting is an attempt to preserve the glow of life with the motif of beautiful flora and fauna.
It sometimes evokes the image of foreign countries and paradise, and sometimes, while wearing a good luck, and often becomes a craft design, the development of flower fowl expression in the Orient, especially China and Japan. All paintings will be exhibited or rewound in the first semester (Saturday, September 7th , October 6th and Late October 8th , Tuesday , November 4 ( Mon. Holidays ). Mirrors and ceramics will be on display for the entire period.