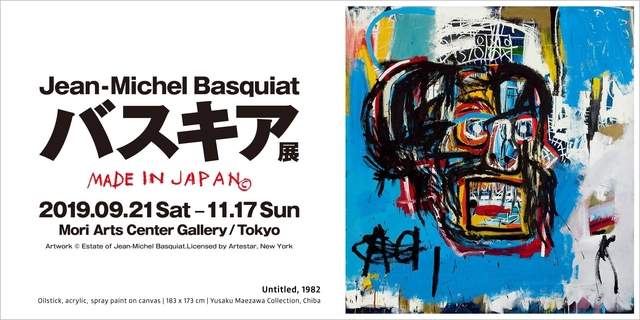 Jean-Michel Basquiat appeared like a comet in the art scene of the 1980s. Basquiat has frequently visited Japan to hold six solo exhibitions and 10 group exhibitions, incorporating motifs and hiragana into his work that reflected the state of The 80s that were in the bubble economy like Yen. In this exhibition, Dieter Buchhart, the world's leading author of Basquiat Research, reveals the various ties between Basquiat and Japan, as well as the unknown influence swayed by Japan's rich history and culture. This is japan's first full-scale exhibition of original Japanese paintings, objects and drawings from all over the world.