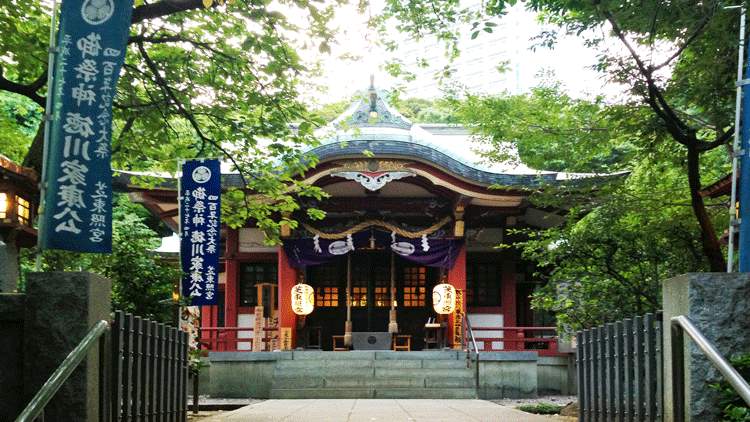 The shrine was established in the 18th year of the Kan'ei Era (1641) and enshrined Lord Ieyasu Tokugawa. At the shrine remains a large ginkgo tree that is a natural monument of the capital. It is said that Iemitsu, the third shogun, planted the tree during the rebuilding of the Toshogu Shrine. As a tangible cultural property of the capital, the seated statue of Ieyasu Tokugawa was enshrined in the main building, which was rebuilt following damages from a war. The statue indicates his appearance when he was alive.