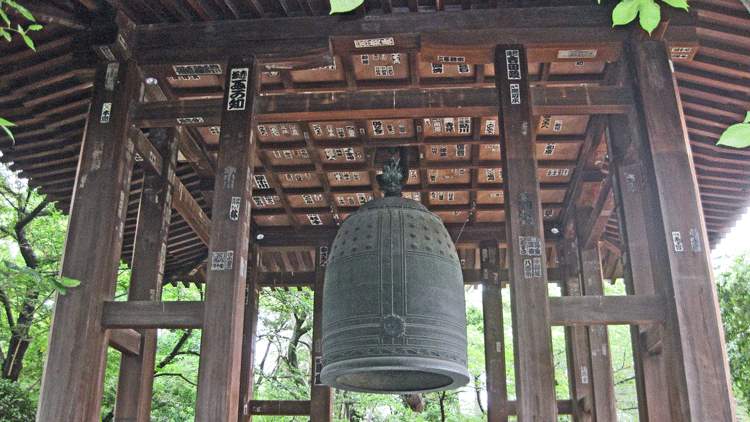 The first belfry was built in Kan'ei 10 years, but the current belfry was rebuilt after the war. The large temple bells in the belfry were so large that it was necessary to cast seven times. The belfry is considered to be one of the three lords of Edo. In the morning and evening, the sound of the two bells is not only a time to tell, but also a six-time invitation to purify a person's 108 disturbing emotions and lead the hearts of the people to a deeper peace. The River Willow in the Edo period has the following things. "Now Ringing is Shiba (Zojoji temple) or Ueno (Kan'ei-ji temple) or Asakusa (Sensoji temple)", "Bell of Turf heard about the Edo seven minutes", "The bell of grass that echoes to the end of the West Country".