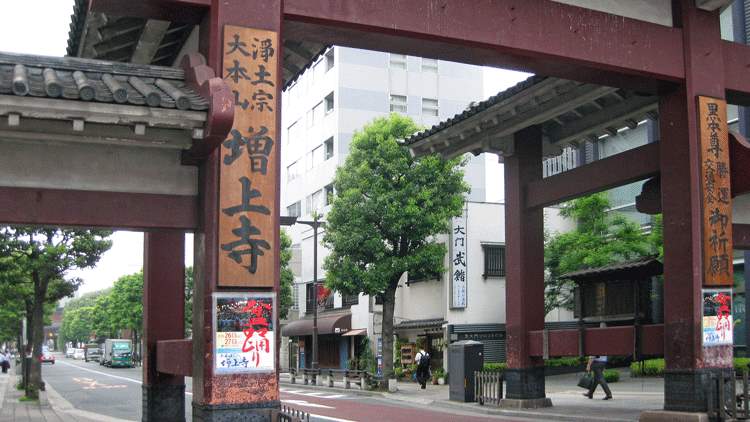 It is the gate which is the origin of the place name at the total gate and the front gate of Zojoji Temple. The current one is larger than the prototype because of the road maintenance of the National highway in Showa 12, but the former Daimon was rebuilt in Keicho in three years by the expansion and construction of Edo Castle, when Zojoji Temple moved to turf, the Koryo Gate was the major gate of Edo Castle until then It was transferred as a front gate of the temple from Tokugawa Iyasasa. Because the fear of collapse caused by the Great Kanto Earthquake in 1923, the former Daimon was relocated by the Kaitakuin hospital, but it was burnt down by the air raid in 1945.