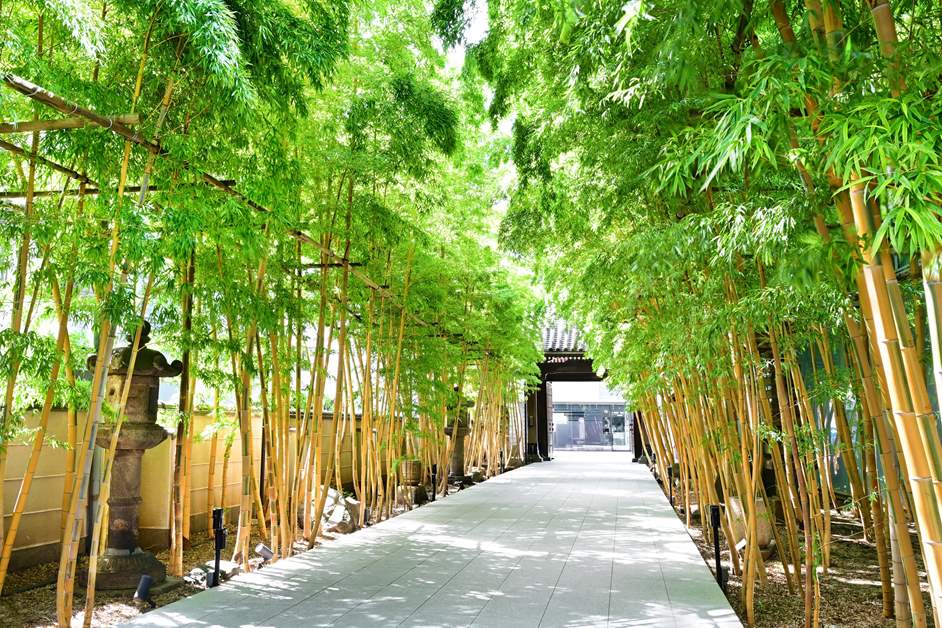 The Jodo sect Baidoin temple was built in the residence of Aoyama-kun when his vassal, Oichu Aoyama Daizo Shosuke Kosei, the first vassal since Ieyasu Tokugawa in 1643, passed away.
Designed by world-renowned architect Kengo Kuma, it was rebuilt in 2003. The place name "Aoyama" in Minato-ku originated from the residence of The Duke of Aoyama, and it continues to this day.
Based on the philosophy of "a temple open to the city", Ume windowin conducts various cultural activities such as music concerts, cultural lectures, Buddhist courses, etc. with the desire to create a "gathering plaza" and "community" that are widely accepted by the general public.
In addition, although it is located in the city center, it has a space rich in nature that reflects the expression of the four seasons.
Every corner is barrier-free, so you can visit with peace of mind at any time.
In addition to general graves, this graveyard aims to be close to each person, such as permanent memorial graves, tree burial cemeteries, and pet memorial towers.