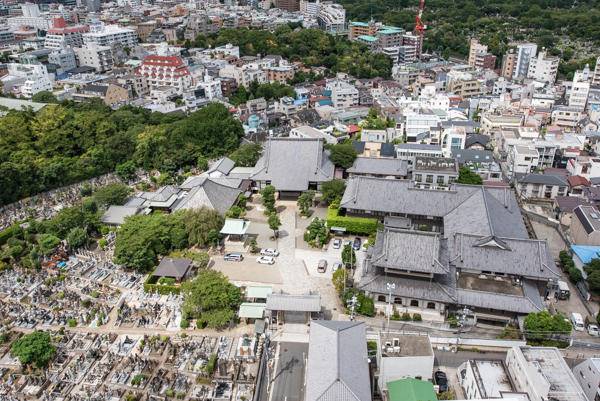 Its history is very old and begins early in the Edo period in the Tokyo Betsuin of the Nagaira Temple of Soto-Shu Daihonzan. Many famous people such as the doctor and the culture person in the late Edo period (the district designated historic site), the former Isao Inoue Kaoru of the Meiji era and the western painter Kuroda Kiyoteru, and the comedy King Enoken are sleeping here. In April, 1977, the Bodhisattva statue, the world's largest, was completed as a single carving, although the rodent Kannon statue, which was the same work of Hasedera in Yamato and Kamakura, was involved in the war.