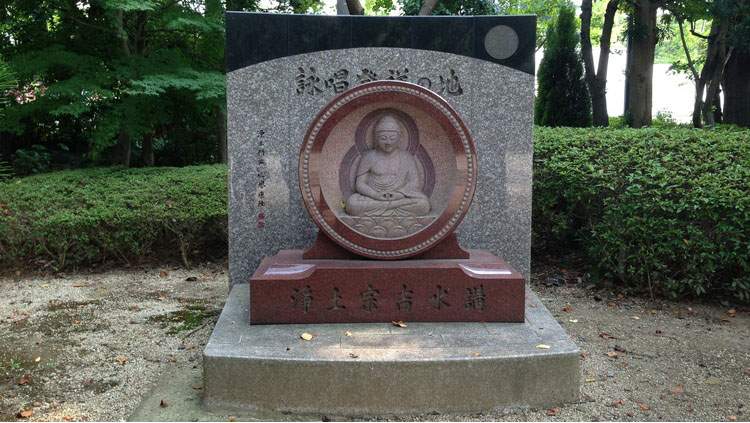 In Showa 21, which turned into a scorched earth immediately after the end of the war, the chanting for Munmon edification was encouraging the danites and regaining the peaceful of their hearts in the Jodoshu sect of Zojoji-ji Yamauchi. And, Zojoji Temple was made the birthplace of chanting.

Jodoshu Yoshimizu-ryu chanting is the "assistant of the Nembutsu" to facilitate the chanting of the nembutsu. To recite the nembutsu is to be converted to Amida Buddha and leave it all, and the Nembutsu is one of five kinds of lines to be found in the paradise of Amida Buddha "Masayuki shomyo". Five kinds of Masayuki in this five kinds, "Shomyo Masayuki" is a "business of the positive" as an act to the application of Amida Buddha, and the other four species is a line to lead to "Masayuki Shomyo" As for the recitation, the observation, the worship, the Shomyo, and the praise Tannisho, etc. which centered on Amida Buddha. The company is