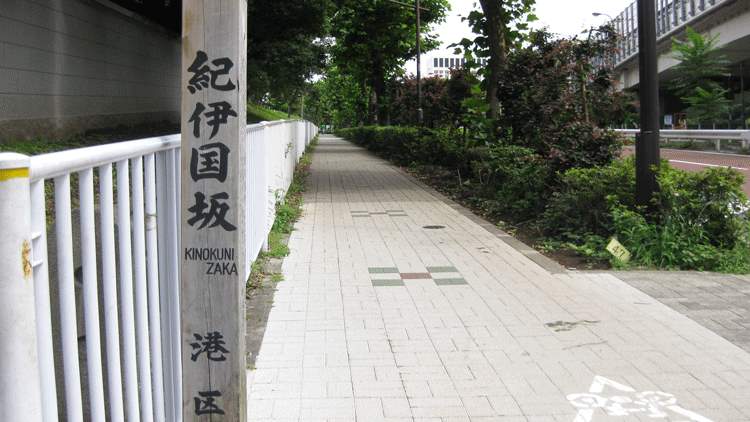 It was called from the place where there was a vast mansion of the Tokugawa family in Kishu (Wakayama Prefecture) through the Edo period on the west side of the slope. Also known as a slope in the "ghost story" of Yakumo Koizumi, it is one of the slopes rich in the wind in Tokyo. From the front of the Akasaka Rikyu, Benkei Hori is a gentle descent to the former Akasaka 1-chome direction, and the South is Minato from the middle of Benkei moat. It is said that the name of the outer moat of Edo Castle is called Benkei Hori, and it was assumed that it was Benkei Ogemon who undertook the Horiwari construction in Kan'ei years. The Benkei bridge in this Benkei moat was built in the Meiji 22, and The imitation treasure was collected from the old Morabashi.

The boundary between Motoakasaka 2-1 and Chiyoda-ku, Minato-ku, Tokyo
Tweet