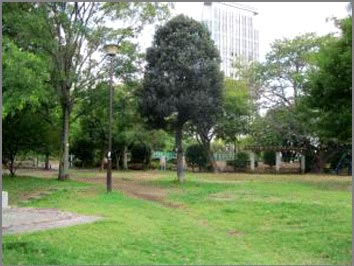 As the name "Kamezuka" ("turtle tomb") suggests, there are turtle mound stones throughout the park. It also has turtle shaped spring play equipment, name boards and so on. Stairs were added to sloped areas in 2007, making it possible to come and go from Mita 3-chome and 4-chome by going through the park. The park also preserves the Kanto dandelions that have become rare in the city center, and every year during the April to May flowering season they are open for public access.