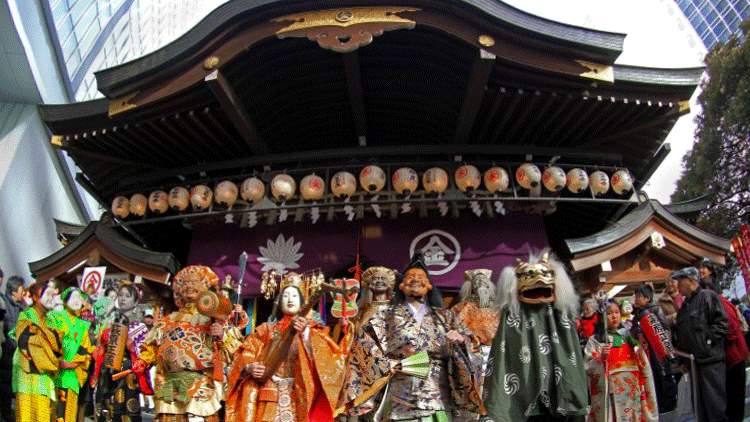 It enshrines Emperor Sutoku, the god of Omononushi, and is loved by people for the good luck of world peace. In Manji 3 (1660), Kyogoku Takakazu, the lord of the Marugame Domain in Sanuki Province, ceremonially transferred the spirit of the Kintohiragu Shrine (main shrine) to the Shiba/Mita area, where the clan's residence was at that time. In Enpo 7 (1679), the era of Takatoyo, the shrine was transferred to the current Toranomon, which was the unlucky quarter of Edo Castle. At that time, it was called Kompira Daigongen, but its name was changed to Kotohira Shrine (事比羅神社) in Meiji 2 (1869) and to its current form of Kotohira Shrine (金刀比羅宮) in Meiji 22 (1889). It is widely worshiped as a god of maritime protection, abundant fishing catches, fertility of five grains, promotion of industry, and disaster relief, and is known as one of the famous Togoku shrines. It is also known as the god of marriage, with the Musubi Shrine on the right side of the main shrine. Since the Edo period, it has been a place of fervent prayer for many women seeking a good match, and even now many people come to pray for good luck in finding their match.