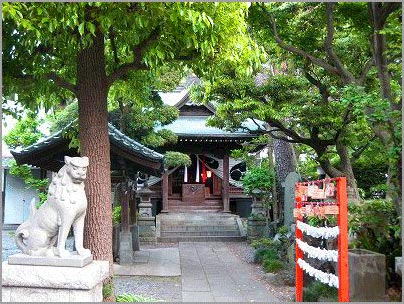 It is reported that it was genroku as the General Villa's Azabu Fujimi Palace Guardian in the time of the beginning. It used to be called Fujimi Inari or Chitose-dera Inari. The dragon painted on the ceiling board of the seven-piece front shrine is considered to be the last masterpiece of Japanese painting by the pioneer of Nihonga. In addition, three Koshin Memorial Tower (District tangible Cultural property) is enshrined along the stone digging, and the three monkeys of "not to be seen, to hear, and to say" are carved in the front.