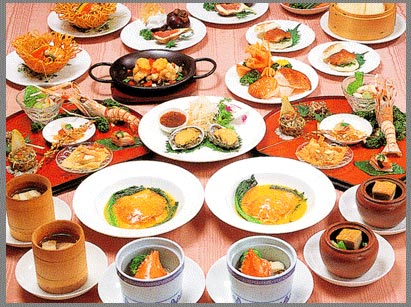 Takashi Tanaka, chief chef, was named "Modern Nit" by the Ministry of Health, Labour and Welfare in 2007. The restaurant hosts the imperial Court full-time exhibition, which is supervised by the general chef once a year, to taste the Chinese court cuisine "all seats". Recently, we also offer low calorie courses on the theme of health and beauty. There are a lot of fans in the standard menu. Chicken stew buckwheat noodles were introduced in various media.