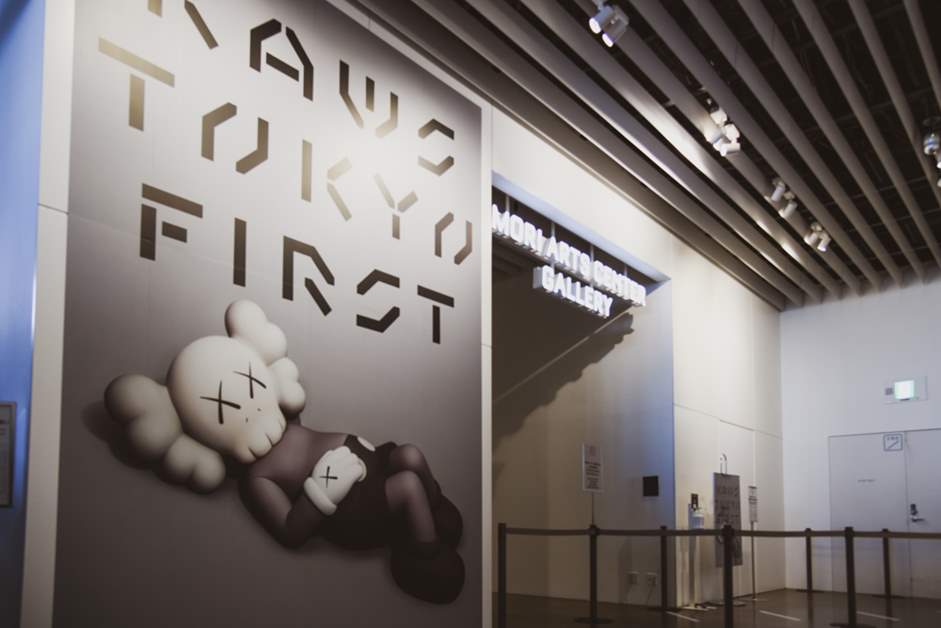 KAWS TOKYO FIRST, the first large-scale exhibition in Japan by artist KAWS who is actively based in Brooklyn, New York, will begin on Friday, July 16th at the Mori Arts Center Gallery in Roppongi Hills, Minato-ku. This exhibition, which will be held until October 11th (Monday), has garnered a lot of attention around the world because of its various art works such as paintings, graphic design, and giant sculptures, and is an opportunity to get an overview of more than 20 years of artwork by KAWS, who is also widely known for his collaborations with UNIQLO and A Bathing Ape. Now, we will introduce the charms and highlights of this exhibition, including the press conference and preview held by KAWS himself on the eve of the opening.

KAWS himself also appears at his first big exhibition in Japan!

Widely known for characters such as 'COMPANION' and 'BFF', KAWS fascinates people with his works that are playful and full of wit. Firstly, to give a brief overview of the artist, KAWS, Brian Donnelly, was born in 1974 in New Jersey, USA. He studied at art school in New York from 1993 to 1996 and gained firm ground in the graphic artist world in the 90's with works consisting of things like drawing ads for bus stop signs. He first visited Japan in the mid 90's. He mingles with Japanese artists and fashion designers and can identify with Tokyo's subculture, and has visited Japan more than 40 times, getting involved in street art projects. Outside of Japan, he is also highly regarded internationally, and with solo exhibitions being held all over the world etc., he has become one of the most important figures indispensable to contemporary art.
On this day, KAWS himself also visited and held a talk event with Mr. Junya Yamamine, who supervised things on the Japanese side. When asked by Mr. Yamamine what he thought the highlights of this exhibition are KAWS said, "The appeal of such a large-scale exhibition is that you don't have to focus on just one point. The fact that you can share my entire story with the visitors I feel is meaningful. You can get comprehensive insights, and see what it is that has interested me in each era, and how it has changed."
One of the features of this exhibition is that you can see both commercial and fine art. With more than 150 works including paintings, graphic design, product design, street art, and giant sculptures, you can learn about KAWS's diverse activities and the path he has taken so far.
After passing through the entrance, in the first room you will be greeted by a huge sculpture 'ORIGINALFAKE COMPANION' (2006) in which half of KAWS's archetypal character 'COMPANION' looks like an anatomical model of the human body. A model of the human body with a slightly scary impression is comical and adorable when in the hands of KAWS.

In the next area, you can see an exhibition that is a recreation of KAWS's studio in New York. KAWS, who described this space as "a place to share my personal space with you," said, "When I first heard the idea of bringing my studio into an exhibition, I was surprised, wondering whether it was really possible to do that. On the other hand, recreating my studio makes me feel like I'm at my own house while being at the exhibition. I think it's good for me to have a place like that."
In addition, as many as 50 works from KAWS' private collection are also exhibited here, and he expressed his feelings that, "I would like visitors to find out about other artists through my collection, and if there is someone they like, to check them out."
After that, comes an exhibition of graphic design done in collaboration with fashion brands and other artists that everyone knows about. Then, the exhibition continues to works such as the huge pink sculpture <ACCOMPLICE> (2010), and <IN THE WOODS> (2002), which is reminiscent of the world of fairy-tales.
There are also works that are reminiscent of Japanese legendary anime characters, where you can feel the humor and ambitious efforts of KAWS.

There are also interactive works such as AR works that you can enjoy on your smartphone!

Next, in the space where the bright red <CHUM> (2008) statue stands, there is also an exhibition where you can make 'COMPANION' appear on your smartphone with an app that uses AR technology.
From the works done in collaboration with other global characters, groups who don't usually come into contact with art can feel the friendliness that resonates, while on the other hand, from works like《GONE》 (2018) where COMPANION holds BFF in their arms and <NIGHT LESSON> (2012) where only the arms of the character's are cut off, you can feel not only his humor but also the inner mind of KAWS that is being reflected.
"Every time I come to Japan it's a really interesting experience for me, and I feel honored to be in Japan in this way today too. I want to continue coming to Japan," said KAWS, who finally spoke about his love for Japan. Let's appreciate his 20 year path together with his many works.
In the final part, there is also a corner for two interactive works called 'BFF and Friends', where you can record a video that integrates BFF with your own body, and 'Make a Friend for BFF' where a drawing you make collaborates with BFF. Not only can you enjoy it there, but you can also download the images you create to your smartphone using the QR code, so please try visiting the exhibition and making some good memories!
KAWS TOKYO FIRST' is being held at Mori Arts Center Gallery in Roppongi Hills, Minato-ku until October 11th (Monday). After enjoying the exhibition to the full, please come back to also enjoy the spectacular views from the Roppongi Hills Mori Tower.
KAWS TOKYO FIRST Sponsored by DUO
Venue: Mori Arts Center Gallery (Roppongi Hills Mori Tower 52nd floor)
Period held: July 16th (Friday) - October 11th (Monday)
Closed: August 5th (Thursday)
Opening hours: 10:00 - 20:00
* Admission is 30 minutes before opening
Admission fee: Specified date and time (weekdays) General 2500 yen, high school/university students 2000 yen, elementary/junior high school students 900 yen
Specified date and time (Saturdays, Sundays, National Holidays) General 2800 yen, high school/university students 2300 yen, elementary/junior high school students 1200 yen
Official site: https://www.kaws-tokyo-first.jp
Categories
Tweet

Taro Okamoto, a genius artist known for his masterpieces such as "The Tower of the Sun" standing in the Expo '70 Commemorative Park in Osaka, and "Myth of Tomorrow" exhibited in Shibuya Mark City, greatly influenced the avant-garde art movement of the 20th century. Did you know that there is a home ...

“Saarinen and His Beautiful Architecture in Finland” opened July 3rd at the Panasonic Shiodome Museum of Art. The exhibition, which runs until September 20th, is the first in Japan to cover Eliel Saarinen, who worked from the beginning to the middle of the 20th century, creating unique architecture ...