Viewing the exhibition "Lee Ufan Commemorating the 15th Anniversary of the National Art Center, Tokyo: Tracing the Path of the Leading "Mono-ha" Artist with a Total of 61 Representative Works and Late 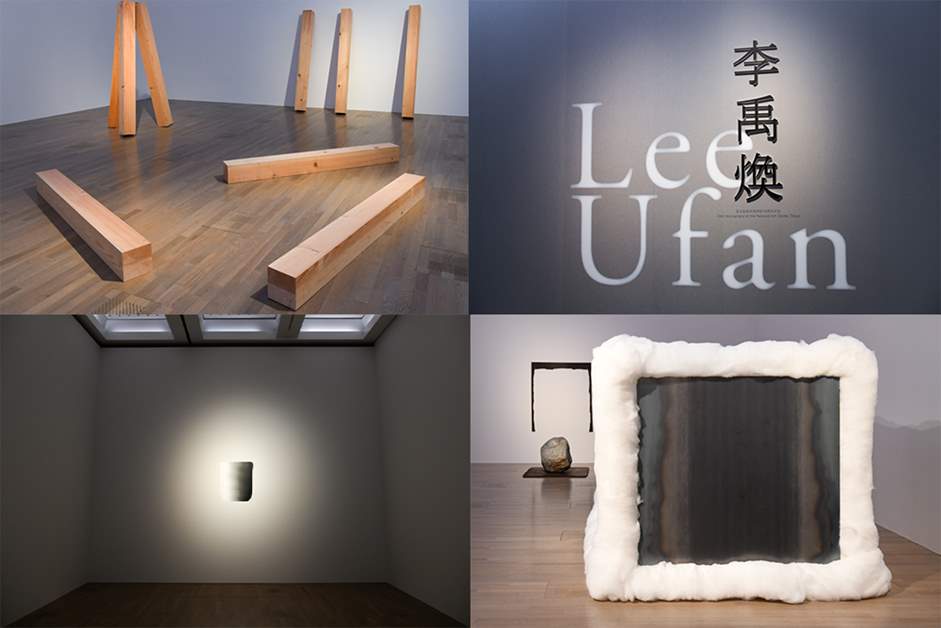 This year marks the 15th anniversary of the National Art Center, Tokyo in Roppongi, Minato-ku, Tokyo, since its opening in 2007. The commemorative exhibition, "Lee Ufan," is currently being held from August 10 to November 7. Born and raised in Korea, Lee Ufan began his career as a full-fledged artist in Japan, where he studied abroad, and has received worldwide acclaim as a representative artist of the "Mono-ha" school. The following is an overview of the major retrospective exhibition that traces the creative activities of Lee Ufan, as well as a look at the actual exhibition venue.

The National Art Center, Tokyo opened in January 2007. Since its opening, the museum, which is characterized by having "no collection," has hosted many ambitious exhibitions of a wide range of artistic genres that transcend Western and Eastern cultures and time periods, as well as those in the fields adjacent to art, such as fashion, design, and manga. This year's commemorative exhibition, which marks the museum's 15th year, is a retrospective of Lee Ufan, one of the leading contemporary artists of our time.
Visitors to this exhibition can get in touch with Lee Ufan's works before entering the venue. On display in front of the main entrance of the National Art Center, Tokyo is a recent work, "Relation Term - Escargot. The "Relation Term" is one of Lee Ufan's most representative subjects. Seen from above, a stainless steel plate forms a whirling arc, and an unprocessed natural stone is placed in the middle of the arc. The work, which allows visitors to enter the whirlpool, together with the wavy exterior of the National Art Center, Tokyo, which stands behind it, gives off a strange harmony and presence, as if it had been here before.
This exhibition, in which Lee Ufan himself was involved in the exhibition organization, divides the 61 works into two main parts. The first half of the exhibition focuses on his early activities and sculptures, while the second half focuses on his paintings. Lee Ufan himself attended the ceremony held the day before the opening and spoke of his joy at the opening of the exhibition.
One of the works seen in the early part of the exhibition is "Fourth Composition A," painted in 1968. The work, in which he painted three-dimensional red circles in fluorescent paint, utilizes the viewer's optical illusions to create a sense of mystery, like a Möbius wheel, the front and back sides of which cannot be seen. This approach to the "uncertainty of vision" underlies his expression during this period.

Works that raise questions about the relationship between things and objects

Born in 1936 in South Gyeongsang Province in southern South Korea, Lee Ufan came to Japan in 1956 while enrolled at Seoul National University College of Art. His original purpose was to deliver Chinese herbal medicine to his uncle living in Yokohama, but at his uncle's urging, he decided to remain in Japan and transferred to the College of Arts and Sciences of Nihon University to study philosophy. After graduation, he devoted himself to theater and learning Japanese painting techniques. While interacting with numerous people in the art world at a gallery where he worked part-time, he was inspired by the tricky art of "Genshoku," an art group led by critic Junzo Ishiko, and found his own direction in the "uncertainty of vision" he felt there.
His early activities were more focused on three-dimensional works than on two-dimensional works. The works seen in the following space were also conceived during that period. For example, "Structure A, Subtitle A, Relational Term," in which cotton pieces protrude from the joints of a steel plate assembled into a dice-like hexahedron, and "Phenomena and Perception A, Subtitle A, Relational Term," in which a stone is placed on a measuring tape to express uncertainty in the viewer's sense of distance, raise questions about the viewer's sense of sight.
Lee was recognized as a central figure in the Mono-ha movement, which lasted from the end of the 1960s to the mid-1970s, and was developed by a group of about 10 artists who exhibited natural objects and secondary industrial materials such as iron and glass "as they are. The Mono-ha is a Japanese art movement that pursues a new relationship between things and objects, and between things and space, by exhibiting natural objects and secondary industrial materials such as iron and glass "as they are. Indeed, Lee's works, which juxtapose and contrast materials with different characteristics, such as stone, glass, wood, cotton, and iron, speak to us, living in a society overflowing with material goods, about the existence of various things in the world and how they coexist and interact with one another.

There is also an outdoor exhibition of re-creations of works exhibited at the Palace of Versailles.

There are no detailed explanations of the works in the exhibition room, but instead, Lee's words are scattered throughout the exhibition space. Instead, Lee's words are scattered throughout the exhibition as if to replace them. These words are philosophical and meaningful, such as "To be selfish with what is" and "In art, it is a question of whether to support the sky or to drop it. The viewer is also given the experience of having his or her senses tickled. For those who need more detailed explanations, an audio guide that can be listened to on a smartphone is available free of charge.
In "Relation Term - Mirror Path" and "Relation Term - Dwelling Place (B)," which use as much space as possible, visitors can walk on the works themselves and experience becoming a part of the works. On the other hand, there are also points in the exhibition space where visitors are led to discover that there is a work of art here as well. This is one of the special features of this special exhibition, in which the artists themselves are involved in the composition.
The "Relational Term - Arch" can be seen in the outdoor exhibition room between the first and second halves of the exhibition. This work is a reworking for this exhibition of "Relation Term - Arch of Versailles," which was presented at the 2014 exhibition at the Palace of Versailles, France. In this work, which stands out in the surrounding landscape, a stainless steel path has been created under the arch. What you see when you pass through is up to your sensitivity.

Paintings that have undergone a transition to simpler forms through the ages.

The second half of the exhibition focuses on paintings that Lee began working on after the 1970s, when he traveled to France in 1971 to participate in the "Paris Biennale for Youth," where he interacted with Western painters and renewed his passion for painting. He began painting in the 1970s with his "More than Dots" and "More than Lines" series, stoic works in which dots and lines of the same color are drawn in shades of gray. In the "From the Wind" and "With the Wind" series of the 1980s, the sense of regularity disappeared, and in the "Teruyo" series that began in the 1990s, the compositions became simpler and the margins became more readable. In these transitions, we can sense the artist's enlightenment and refined expression.
The works on display will stimulate the viewer's senses. For more detailed information on the artist's career, please refer to the "Lee Ufan Viewer's Guide" distributed at the venue. This is an opportunity to view the history of this world-renowned contemporary artist from his beginnings to the present, along with his representative works. Don't miss this exhibition celebrating the memorial year of the National Art Center, Tokyo. The Lee Ufan exhibition will be on view at the National Art Center, Tokyo until November 7.
(DATA)
The National Art Center, Tokyo 15th Anniversary: Lee Ufan" (Japanese only)
Period: August 10, 2022 (Wed) - November 7, 2022
Venue: The National Art Center, Tokyo, The Special Exhibition Room 1E (7-22-2 Roppongi, Minato-ku, Tokyo)
Hours: 10:00 - 18:00 (Open until 20:00 on Fridays and Saturdays. Admission until 30 minutes before closing)
Closed: Tuesdays
Admission: Adults 1,700 yen, college students 1,200 yen, high school students 800 yen
Official website of the exhibition: https://leeufan.exhibit.jp/
Categories
Tweet

How to enjoy "Roppongi Art Night 2022" for the first time in 3 years: "Doraemon" in collaboration with Takashi Murakami and the latest art, Roppongi will be drenched in art for 3 consecutive holidays!

The "Ludwig Museum Exhibition: Trajectories of 20th Century Art - A Pearl Collection Created by Citizens" featuring 150 works of art from the Ludwig Museum in Cologne, Germany, opened on June 29 at the National Art Center, Tokyo in Roppongi, Minato-ku, and will run through September 26. The exhibiti...

One summer tradition in Tokyo Bay is the "Tokyo Bay Noryosen" that departs from Takeshiba Wharf. The ship was canceled last year and the year before due to infection prevention measures, but this year, it is scheduled to be held in three years. Furthermore, the ship was renewed to "Sarubiamaru III" ...