"Tokyo Tower 100 Sceneries" - A comprehensive list of recommended photo spots, from classic spots to spectacular views of the tower when lit up. 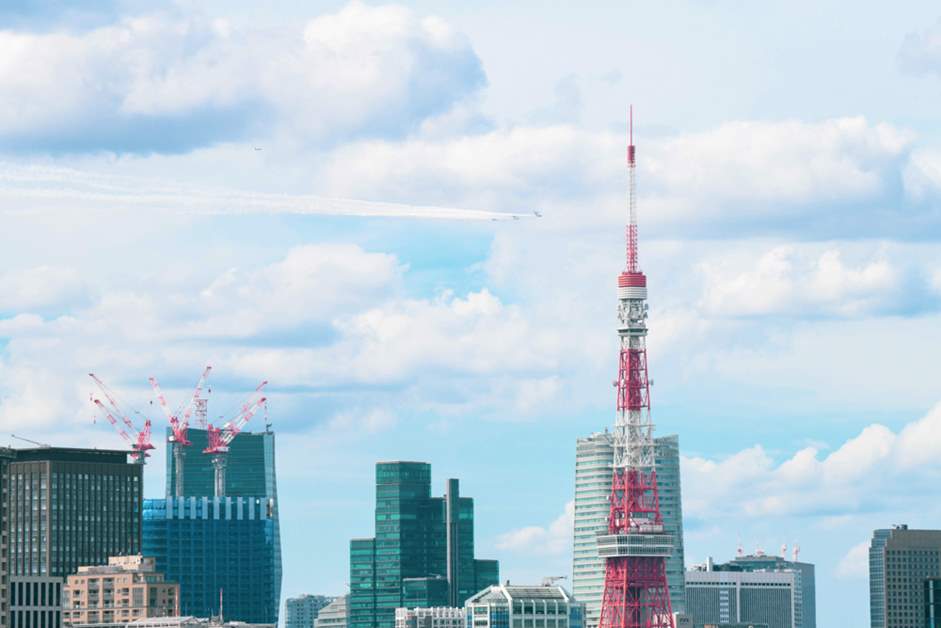 Tokyo Tower can be seen from various places in Minato Ward. Walking around places where you can view the 333-meter-high red tower, you will often see tourists with their smartphones in hand, taking pictures of the scenery and commemorative photos. Tokyo Tower is one of the most popular sights in the Minato City Tourism Photo Contest held annually by the Minato City Tourism Association. This year's contest, titled "100 Views of Tokyo Tower," will feature a mix of daytime and nighttime views of the tower and its recommended photo points of interest.

First, check out the photo points around Tokyo Tower!

If you choose to go to Tokyo Tower by train, it is conveniently accessible from six stations: Hamamatsucho Station on the JR line, Kamiyacho Station on the Tokyo Metro Hibiya Line, Onarimon and Shiba Koen Stations on the Mita Line, Akabanebashi Station on the Toei Subway Oedo Line, and Daimon Station on the Asakusa Line. In all of them, the symbolic heroic figure of the Tokyo Tower can be seen immediately after exiting the station or after a short walk. Let's start by looking at the photo points in this area.

From the nearest station, Akabanebashi Station, the moment you step out of the Akabanebashi exit onto the ground, the red tower appears right beside you! The sudden appearance of the tower is a moving moment for everyone. The Tokyo Tower stands on a slightly higher hill than this point, so the tower's soaring appearance can be viewed from a vantage point looking up.
Next, on the way from Akabanebashi Station to Tokyo Tower, the stairs of the underground parking lot on the way up the hill along the Momiji Valley are a famous photo point. The view of the tower between the walls of the staircase is very popular as a "good-looking" spot where you can take a commemorative photo as if you were a model.

And the closest approach to Tokyo Tower ♪

Continue up the hill to the very bottom of Tokyo Tower. It is a unique experience to be able to take a photo of the tower from its "base" with its towering impact. But be careful not to look up too long and hurt your back (laugh).
Also, from Nagaizaka, located between Akabanebashi and Kamiyacho Stations, you can take a picture of the Tokyo Tower that fits perfectly into the scene like this.

Next, we will go to Shiba Park, which stretches around the "knee" of the Tokyo Tower. If you use Onarimon, Shiba Park, Akabanebashi, or Daimon stations, you will pass through Shiba Park on your way to Tokyo Tower. Shiba Park is a vast park where Tokyo Tower can be seen from every corner of the park. Two of the most popular locations for photographing the tower are Lot 4, where the children's playground is located, and Minato Ward Shiba Park, which is managed by Minato Ward.
Shiba Park in Minato Ward has an attractive composition with the well-proportioned Tokyo Tower in the background of the grassy plaza. It is also a gathering place for picnickers and a good spot for commemorative photos with family and friends.
On the other hand, Shiba Park Lot 4, located just outside Exit A6 of Onarimon Station, is a wonderful night view point where the tree-lined avenue with streetlights and Tokyo Tower collaborate. In addition, every December, the "Christmas Garden" is held and a Christmas market, just like the one in Germany, appears. The scenery is transformed into a holy night mood (as of September, 2022, the date for 2022 has not yet been decided).

Zojoji Temple, with Tokyo Tower towering behind it

At Zojoji Temple, a family temple of the Tokugawa Shoguns also located in Shiba Park, you can take a picture of the main hall of the temple and Tokyo Tower together.
Normally, visitors are not allowed to enter at night, but during the "Washi Candle Night" held every year on the seventh day of the seventh month, this fantastic scene can be seen for one night only.
The path that runs along the north side of Zojoji Temple is also a good spot for a hole in the road, where Tokyo Tower stands beautifully in front of a single path.

Tokyo Tower can be seen from various popular spots around Minato City, and the 333-meter red tower adds a unique flavor to each landscape.

Along Sakurada-dori Avenue, which stretches from Akabanebashi Station toward Tamachi, the Tokyo Tower stands beautifully in front of the rows of high-rise buildings in Mita. The view from the overpass at the Fudanotsuji intersection, where "Fudanotsuji Square" just opened this year, is especially lovely both day and night.
If you want to take a picture of an observatory view involving Tokyo Tower, you should go to the Sky Deck on the roof of Roppongi Hills Mori Tower. From a height of 238 meters above the ground, you can enjoy an overwhelming view of the entire city center. Among them is a spectacular view of the skyscraper currently under construction in Toranomon and Tokyo Tower standing side by side.
Also in the same Roppongi Hills, "Roppongi Keyakizaka" usually holds a tree-lined illumination from mid-November through Christmas. The view of the illumination in collaboration with Tokyo Tower is a special experience only available during this season.
Shinagawa Season Terrace is a recommended shooting location in Shinagawa. This location has been used as a filming location for numerous dramas and movies, and at night you can see Tokyo Tower reflected in the waterway.
And from Odaiba, you can see the Rainbow Bridge and Tokyo Tower, the two major symbols of Minato City. Of course, you can also photograph the view of the city of Takeshiba and Shibaura and Tokyo Tower from the sidewalk of the Rainbow Bridge.

Tokyo Tower can be seen from many places, even if it is not a famous spot. As a final bonus, I would like to introduce five unique sceneries that I found through this photo shoot.

The first is the "Green Tower," where green trees surround the Tokyo Tower like frames in a painting.
The second is the "cramped tower," which is sandwiched between buildings in the foreground, giving the impression of being smaller than it actually is.
The third is the "Reflection Tower," which is reflected in the surrounding buildings.
The fourth is the "Twin Towers," where the tower reflected in the building and the actual tower stand side by side.
I dare not write down the location of the photo shoot, but we encourage you to find your own unique "scenery with Tokyo Tower" as you wander around the city.

Another fun aspect of Tokyo Tower is the variety of the lights that are on. You can check "Today's Lights" from the banner on the right side of this website. Please use it as a reference for your photography.
Categories
Tweet

Friendly to all! Barrier-free hotel in Minato-ku, Tokyo

Tokyo's Minato Ward, with its many attractive tourist spots and convenient access to various parts of the city, offers a wide variety of lodging facilities to meet the needs of visitors to the city for sightseeing or business trips. For this issue, we have selected three hotels that focus on the the...

Minato Ward, Tokyo is home to many unique exhibition facilities. Of those facilities, some have museum shops built next to them, where you can find original items suitable for souvenirs. Here, we will be introducing goods from museum shops. In this second article of the series, we will be showing go...

[Video Article]Tokyo's Minato Ward is in the midst of the excitement of thef the opening of the railway! GO to the former Shimbashi stop and railway-related spots during the commemorative exhibition!!

This year, 2022, is the 150th anniversary of Japan's first railroad. One hundred and fifty years ago, on October 14, 1872 (September 12 on the lunar calendar), Japan's first railroad officially opened between Shimbashi in Tokyo and Yokohama in Kanagawa Prefecture. Yes, Minato Ward in Tokyo, where Sh...

"Maxell Aqua Park Shinagawa" is right in front of JR Shinagawa Station Takanawa Gate. The facility has many attractions and an aquarium with around 350 species, 20000 organisms displayed. It is a place where cutting-edge technology such as projection mapping and aquatic organisms collaborate, receiv...