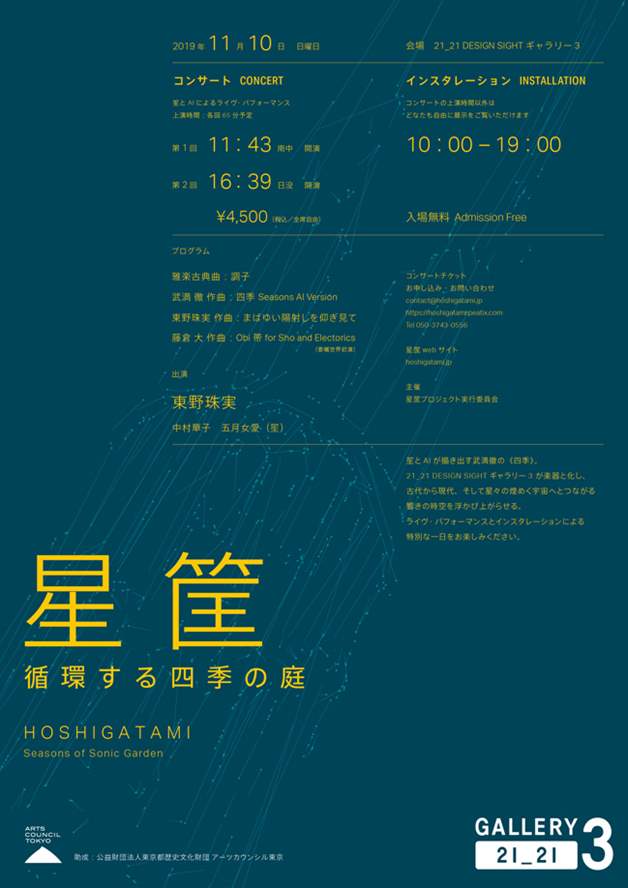 Gagaku's instrument "Aoi" and a stereoscopic sound system including ultra-directional speakers make 21_21 DESIGN SIGHT Gallery 3 likened to an urban cave become an instrument and lead to the sounding womb. The AI version by image analysis of Toru Takemitsu's "Four Seasons - SEASONS" is released for the first time for the first time, including Gagaku's classic song "Tone". In addition, until the world premiere of Tamami Higashino's own work pursuing the possibility of a phlegm as a media, and a new work commissioned by the up-and-coming contemporary composer Dai Fujikura, this is a day to gather in the heart of the garden, and to gather the roaring folding sky like a starry sky in the Heart's Enclosure (Katami). Please experience the unprecedented acoustic space that emerges through collaboration with leading artists such as Shiro Takaya (acoustic object), zAk (acoustic design), Kenji Yasaka (AI programming). During the opening hours, anyone can freely view the installation except during the concert performance.