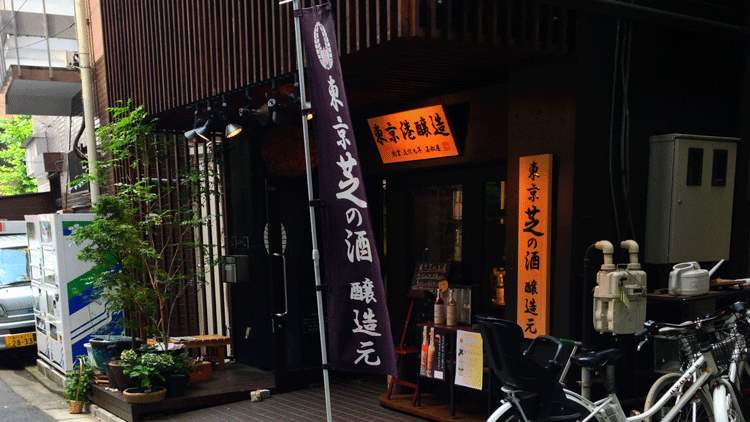 Revived from a brewery that had stopped operating 100 years ago, this is the only brewery in the Minato district. During the end of the Edo period, as home to a group of kayakabe (that practiced Amida Buddhism in secret), Shiba became the stage of the peaceful handover of the Edo Castle to imperial forces. As the back parlor of the store was historically where (the Meiji Restoration revolutionaries) Saigo Takamori, Katsu Kaishu, Yamaoka Tesshu, and Takahashi Deishu had clandestine meetings about the takeover of Edo Castle, their unfiltered sake is unapologetically called "Edo Kaijo (Castle Takeover)". The sake "Gou (PLUM)" made for women uses hibiscus and plum extracts and has a beautiful light pink hue. Tastes great on the rocks or mixed with soda, it is sustainably produced and consumed in Shiba.