Tomb of the Tokugawa shogun family 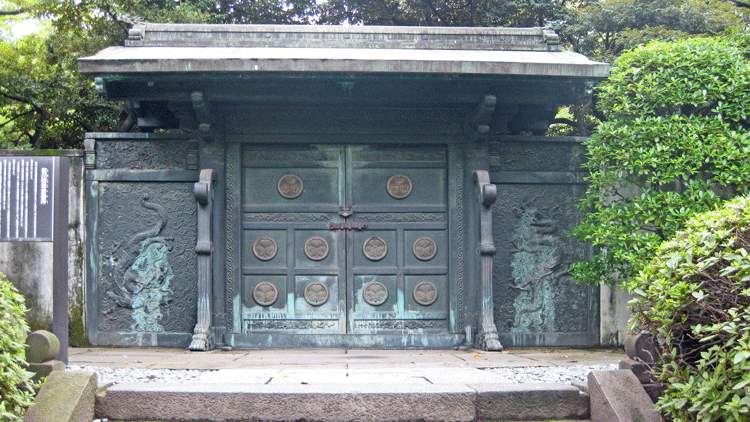 Zojoji Temple is the family temple of the Tokugawa shogun with the East Eizan Yama Kan'ei Temple (Tendai sect) in Tokyo Ueno, in addition to the six generals of the two-generation Shuchu public, the 6th generation and the seventh family, the nine, and the 12-person Kei, and 14 Princess Egong-sama (14 Shigeko's wife), five people of the room, the third house Mitsuyoshi lateral room Katsura Chang-in (fifth generation Tsunayoshi Kimiumi mother) The first five people of the lateral chamber, and three former Koushi Mitsuko Kofu Prime Minister Tsunade and the children of successive generals.

The old Tokugawa shogun mausoleum was lined up north and south of Zojoji temple. The magnificent mausoleum, which was made up of many facilities centered on the tomb, the main hall and the front shrine, and the best technology at that time, was designated as a national treasure, but most of the damage and air raids have been burnt down.