The site of the Japan-UK Trade treaty concluded Netherlands 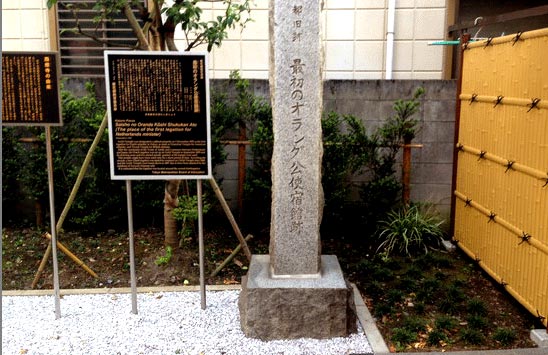 On September 1, 6, Netherlands, the minister of the Ansei-juku was established in Nishi-ji temple in the Sun-LAN trade treaty, which was concluded in July, 2009. It was used by the shoin and farmhouses upstairs, and the first Minister, Kurdistan, was stationed there. In May the 1st year of Bunkyu, Foreigner-juku allowance 85 both and 153 both, and the shoin and farmhouses were repaired. However, it was burnt down by the fire in the Satsuma Clan house attack case on December 25, Keio 3. The rebuilt building was also burnt down in the next war, and the place seen as the old Legation is now a kindergarten run by Nishi-ji Temple.