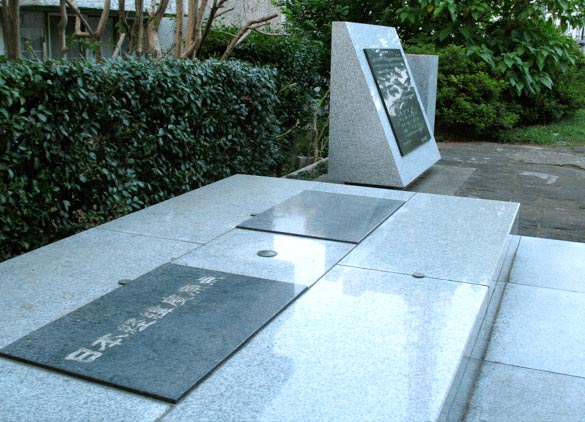 This is the origin of Japan history, which is the reference point for Japan domestic surveying. A granite monument filled with the signs of the GSI and the metal tack of the origin. The history of the whole country has been determined based on the values here. "139 ° 44 ′ 28" .8759 North latitude 35 ° 39 ′ 29 ".1572". In Meiji 7, the Naval Observatory was able to be seen here, and a precise latitude and longitude were decided by observing the star at the facility which became the Tokyo Astronomical Telescope in Meiji 21. Then, a triangular point is decided, and the Triangle network is formed in the whole country. The Tokyo Observatory moved to Mitaka from the Great Kanto earthquake, which caused significant damage to observation equipment. It is the current National Astronomical Observatory.