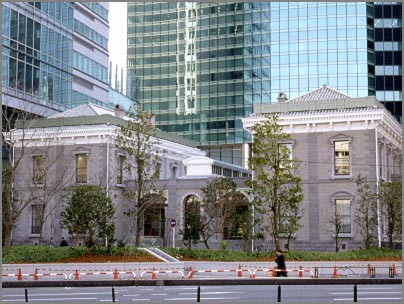 The Shinbashi station building, which opened for business in 1872, has been reconstructed based on its appearance at the original time and place. As part of excavation starting in 1991, the foundation stones of the station building, platform, and other areas inside the station grounds were excavated, and in 1996 parts of the remains were designated as a national historic site. The site was to be protected, and a reconstruction was built to commemorate the history of the birth of the railway. Located inside are a railway history exhibition room and an exhibition of items dug up during the excavation.