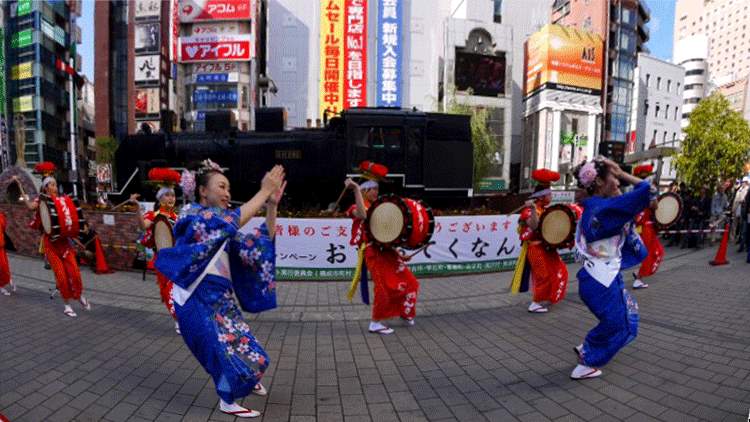 Shimbashi Station West Square is familiar with the street interview of television. This Shimbashi station, which is decorated with SL, originates from the railway. It is popular with people as a railway starting point from SL to Subway, and new transit yurikamome. The restaurant is lined up from Ginza, Chuo-ku, but this is common school. It is crowded with the person of the return work always. From December to January, the illumination is given to SL.