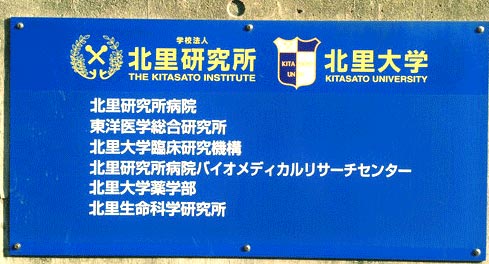 The first of its kind in Japan, the Institute of Infectious Diseases was formed in October on the 25th year of the Meiji era in a section of Yukichi Fukuzawa's residence in Shiba Koen. Yukichi Fukuzawa was worried "the world's Kitasato" and his talent would be hidden away in Japan, so he offered it to Shibasaburo Kitasato. Afterwards, it was nationalized and moved to Shirokanedai, However, when Minister Okuma transferred control of it from the Ministry of Home Affairs to the Ministry of Education, Science and Culture, Kitasato (as head of the institute) and staff members resigned in protest. In November of the third year of the Taisho era, the Kitasato Institute that Kitasato was using private funds to establish, was complete. It was opened on December 11, on Robert Koch's birthday.