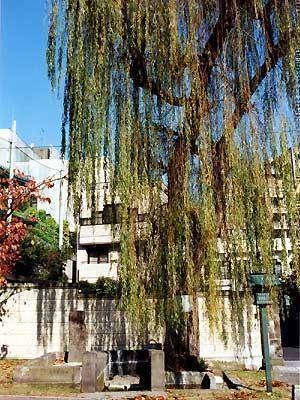 Zenpukuji is one of the oldest temples in Tokyo, which was founder as a Azabu mountain in the east to imitate the Koyasan of the West, in order to spread the Shingon sect to the Kanto region, Kukai in the Heian period. During the Kamakura period, the Shinran on the way from Echigo to Kamirakui stayed in Zenpukuji. At the end of the Edo period, Townsend Harris and the following Legation members were welcomed as the First Minister of the United States. In the precincts, various ruins and cultural properties such as "Willow Well", "reverse Ginkgo (National Natural Monument)", "Harris Monument", "Tomb of Fukuzawa Yukichi Okina" are preserved. Also, in front of the bronze statue of Shinran, there is a monument of the "Koji snowstorm" which carved the lyrics of "Hymn of Love".