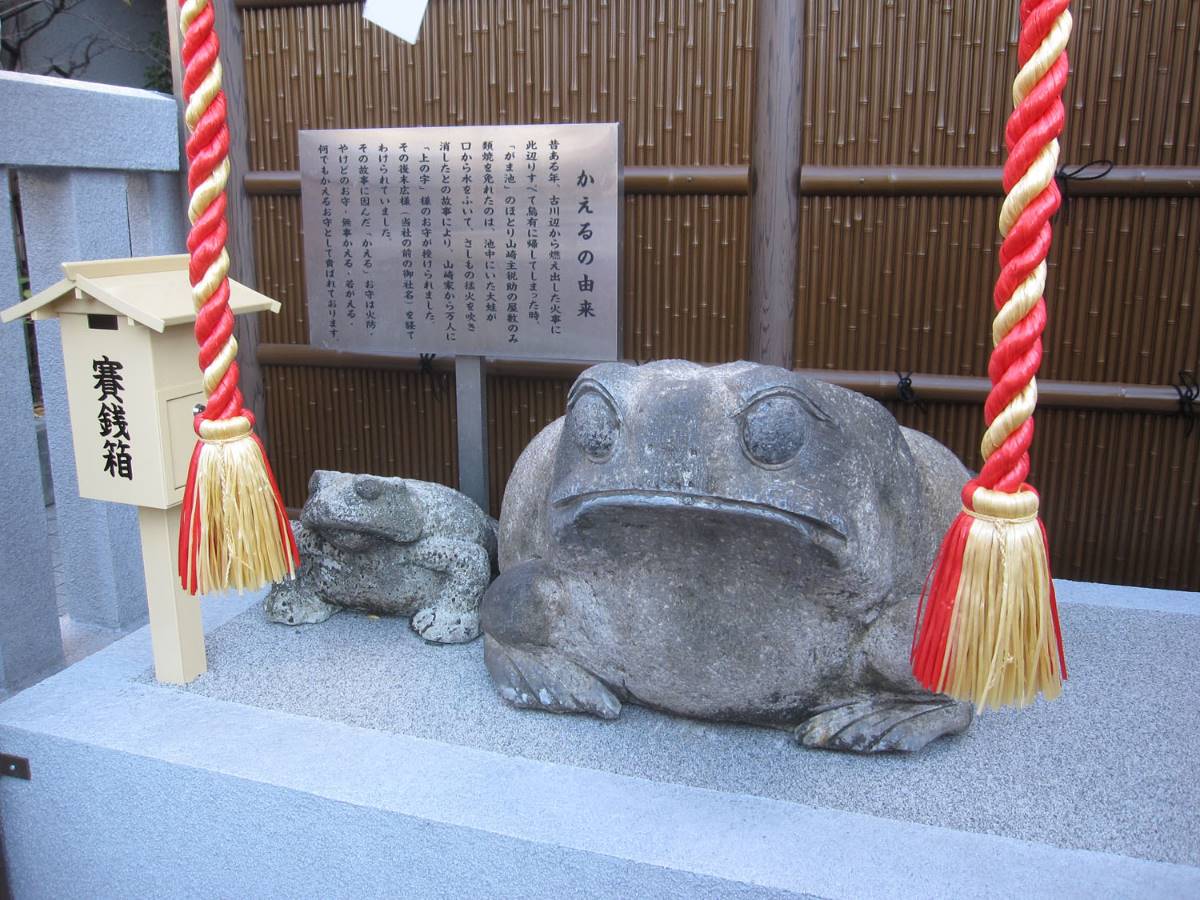 The 2 shrines of Suehiro Shrine and Takecho Inari Shrine merged after the war and it was renamed Juban Inari Shrine. The original shrine was said to have been founded more than a millennia ago. As it was conferred with the Amulet of Fire Protection from the legend of the Frog Pond, the frog talismans are very popular. In November, they have the Festival of the Rooster, the only one in Minato district, and many people come looking for rakes. In the Pilgrimage of the 7 Gods of Maritime Fortune during the New Year, it becomes a pilgrimage site for the Treasure Ship.