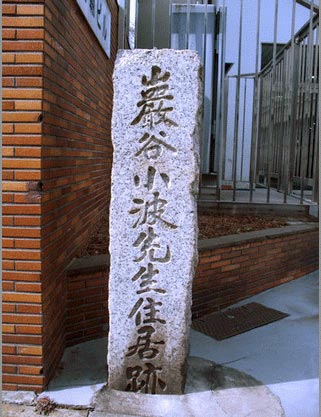 A fairy tale writer born in Meiji 3. After graduating from the German Association school, he joined "Inkstone Yusha", the Ozaki Momiji. "Golden Circle" was announced in Meiji 24, and the fairy tale was made as a creation story writer. We also tried to introduce the fairy tales from around the world and received the second medal of Denmark country in Taisho 15. This residence was purchased in Meiji 40, and it lived until it died in 1945 by adding the renovation. After that, it had become a cartoonist in the house, and it changed to the company now. The monument (photo) is located behind the main hall of Zojoji temple.