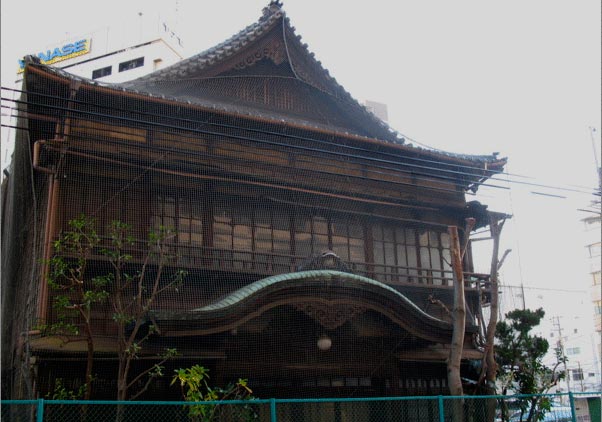 The net is closed due to aging, but it is a "collaborative hall" built as a look of the Shibaura flower Yanagikai in Showa 11. It is the work of master Carpenter Sakai Hisagoro who was active in the Meguro Gajoen in the modern Japanese-style building which is considered to have skillfully folded the technology and the design of the modern wooden building and did the luxury. In Shibaura, it is the only remains that leaves the remnants of a former flower town.