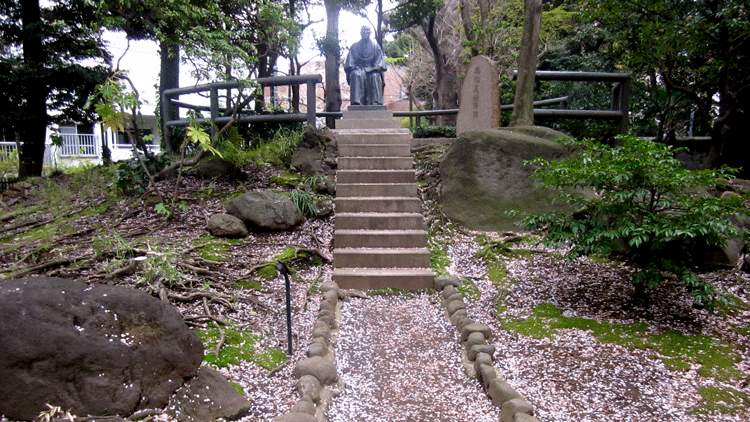 The ruins of the Hontei of Takahashi Korekiyo. Okina was born in front of Zojoji temple in Ansei, as a child of the Shogunate painter Kawamura Shoemon. He was adopted by the Sendai clan, who studied English at the Yokohama Hebon Juku at the age of 11 and went to United States at the age of fourteen. It was sold to the slave from the accommodation, and returned home in the Meiji era after hardship. He entered the political world through the Governor of the bank, and in Taisho 12, he served as the minister of the past cabinet after the Manchurian incident. He had a strong mental power in the English language and the predicament, and was nicknamed "Dharma", but was assassinated here at the time of the 2.26 incident on February 26, Showa 11. With a pond and a Japan garden, the park is a place where hardwood, such as maple, Mokoku and Quercus salicina, colors The Four seasons and entertains visitors.