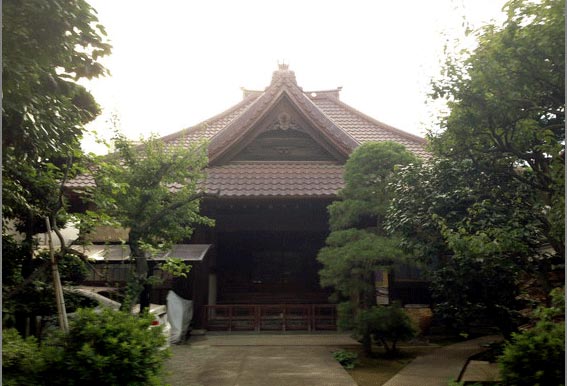 Hirogaku-in was used as a place in Prussia for a period from the year of Keio. It is said that the Prussian is a candidate of the vicinity (this region was called two Enoki) the Satoshi Temple, Seung-ji temple, and Nagitaka Temple of Mita Koyama, and chose it considering the size of the precincts and the size of the building from among that. The main hall of the existing Hirogaku-in is the one that was rebuilt after the fire of the year of the Hiroshi, and is the only one example of the existence of the building used as a foreign post of the Edo period.