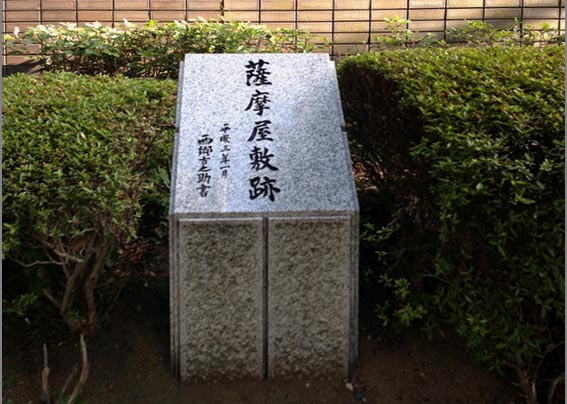 The Satsuma mansion in Edo had the Kamiyashiki, Nakashiki, and Kurashiki, but the most central was the kamiyashiki of Mita. It is said that Atsuhime also spent two years in the upper house. The monument of the "Satsuma Mansion" was built on the north side of the NEC Headquarters site, but the house at that time had a vast area around it. There is an office building in the vicinity now, and there is not the image of old times, but there is Shiba Park and Zojoji temple in the vicinity, and it becomes an oasis in the city.