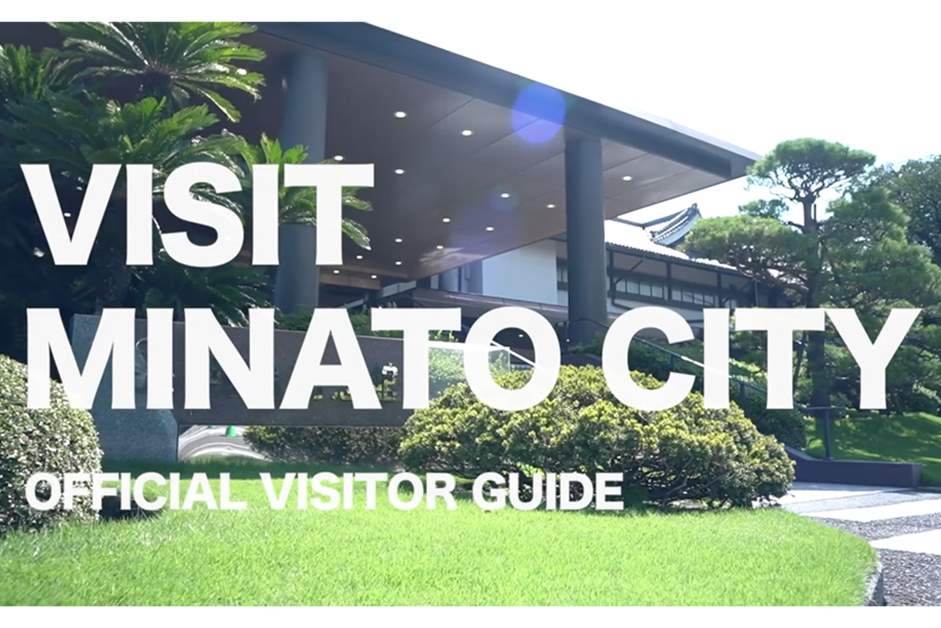 In mid-November, the leaves of the trees in Tokyo start to change color, marking the beginning of the fall season. There are many spots to see autumn leaves in Minato ward, Tokyo such as Shibakoen or Old Shiba Rikyu Gardens. The most famous of them is the row of Gingko trees in Outer Meiji Jingu. Today, I'm here at "Meiji Memorial Hall" in one corner of Outer Meiji Jingu to have lunch at the gardens. I'll introduce you to the facility, which is a must-visit when you go sightseeing the autumn leaves here.

"Meiji Memorial Hall" is a 3 min walk from JR Shinanomachi station or a 6 min walk from Tokyo Metro Aoyama 1-chome station. Meiji Memorial Hall is known as a prestigious wedding hall that many people admire to have their weddings at. Therefore, many people think that "Don't you have to be a guest of a wedding or a part to get in there?" However, you can visit the facility just to dine there. There are four restaurants in the facility and is a place where you can easily visit.
The building, which faces Gaien-higashi Street, has a prestigious appearance even from the front gates
The "Akasaka Temporary Imperial Palace Dining Hall" (Now the Main building of the Meiji Memorial Hall), was the predecessor of the Meiji Memorial Hall and was built in 1881 as a separate hall for the Akasaka Temporary Imperial Palace, a temporary residence for Emperor Meiji and Empress Shoken. Until 1889 when the Meiji Palace was built, this place became the venue for the banquet for the three major festivals and palace dinner parties as Japan's first guesthouse. Also, in 1888, the Imperial Conference for the draft of the Constitution of the Empire of Japan was held here and was an important venue that lead to the promulgation of the constitution in February the following year.
After it was done with its purpose as a temporary Imperial Palace, the building was moved to the house of Hirobumi Ito, the first Prime Minister of Japan and a contributor to the enactment of the constitution. However, in 1918, the building was moved back to its original place, renamed the "Constitution Memorial Hall". From 1947, it was used as the wedding hall of Meiji Jingu, and that was the start of the "Meiji Memorial Hall".
Now, new buildings are built around, making use of the main building, and have a balanced look of history and modernity. Next to the main entrance, you can see the classic façade of the main building. The palace-like entrance with a porch for cars to pull up has its own atmosphere.

Now, we head into the main building.
which was a place where palace Dining room place during the Meiji era, has now become a lounge, named "kinkei". After taking a step inside, you will be overwhelmed. It is surprising to see the golden roosters drawn on all four walls as if the whole room is a work of art.
The room, which was designed as a Western entertainment room, has a design of blended Japanese and Western styles. The wooden parquet floors and the mantlepiece with a large black lacquered mirror show the at-the-time rare decorations influenced by the West.
At lounge "kinkei", you can enjoy high-quality food at a reasonable price in the terrace seats facing the gardens. (During private use of "kinkei", open only at the lobby lounge)

I chose two seasonal menus, "Ginzake Mushikago Gozen (Coho Salmon plate in a Steamed Basket)" and "Chestnut cream dorayaki with mitarashi dango". The food was thought through not only for its taste but its arrangement as well. It seemed as if the food was also part of the beautiful scenery, and it makes you feel that you're having a special experience.

The scenery of the garden is photogenic

After the meal, I had a walk around the gardens.
The main building between the blue skies and the green grass is photogenic. During the walk, you can see the sazareishi stone and onigawara that were used in the past.
After enjoying the rows of ginkgo trees in the Outer Meiji Jingu, why not have some lunch in a garden where you can feel the history of the Meiji era. A day that both my tongue and eyes enjoyed has become a day that I won't forget.

The year is 1881. The "Constitution Memorial Hall", which is the main building of the Meiji Kinenkan was built, where the Guest House is currently located, as an annex to the temporary palace in Akasaka. This hall, where the Meiji Constitution Draft Deliberation was held in 1886, retains the original look of the tiled roof, fusuma (sliding wall panels) handles, nailhead covers, the chandelier globes, and more. The walls are adorned with the relief of a golden pheasant while the centerpiece is an impressive mantelpiece painted in black lacquer and attached with a large mirror. The car porch at the entrance of the main building is designed in the image of the imperial palaces in Kyoto and Omiya and retains its majestic features. Here, we offer you a peaceful and quality time that has been preserved over the ages to complement the crucial moments of your life.