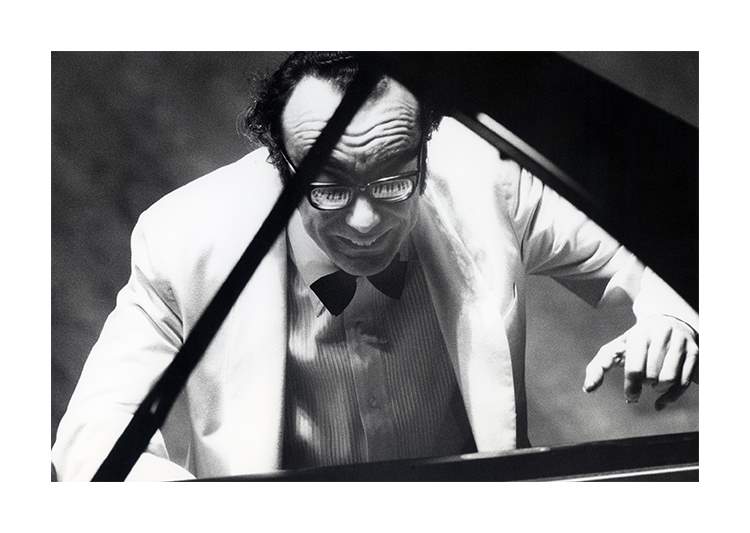 Jun Kinoshita (1936–2015) is a photographer who has been photographing the world of music for nearly half a century since the 1960s. Kinoshita, who pioneered the untaked genre of "music photography" and was active both in Japan and abroad as a pioneer, photographed some of the world's most famous masters, such as Herbert von Karajan, Maria Callas and Seiji Ozawa. His work has been acclaimed as "listening to music" and has received international acclaim from both the photography and music worlds.

Kinoshita was born in Suwa City, Nagano Prefecture in 1936. Kinoshita, who first came into contact with the world of photography when he saw his father's dark room work as a newspaper reporter as a child, met classical music in a mountain hut when he was a student who was passionate about mountain climbing. After working for the Chunichi Shimbun, he worked as a photographer at Hakuhodo, deepened his knowledge of music, and established his own photography expression called "music photography." I started working as a freelance photographer in 1973.

Kinoshita's theme of photography with music as the theme is wide-ranging. I have expressed the world of music in various photographs, such as off-shots of musicians, theaters such as brilliant opera houses around the world, and journeys in the footsteps of composers. It is a photograph that captures the performance scene of musicians that can be said to be the true value. It is said that the photograph which captured the dynamic movement of the male conductor and the delicate moment of the performers full of emotion is loved by a lot of musicians as a rare thing which expresses even the essence of their spirit, philosophy, and music, and a number of photography requests have come under Kinoshita. These works were the result of a deep understanding of Kinoshita's music, a rich sensibility, an insatiable passion for photography, and a strong bond with the musicians who were the subjects.

In this exhibition, approximately 30 gelatin silver prints will be carefully selected, with a focus on original prints by the artist himself, from among the many masterpieces by music photographer Jun Kinoshita. During his life, Kinoshita consistently continued to stick to analog expression, explaining that the reason for shooting with a film camera was "the mentality of the tension of the shutter opportunity." In addition, he devoted himself to printing on printing paper, because the gelatin silver prints produced from dark room work were of value to "persistence." Today, photography is in the age of digital life, but Kinoshita's analog photography expression will once again convey the essence and charm of photography to us.