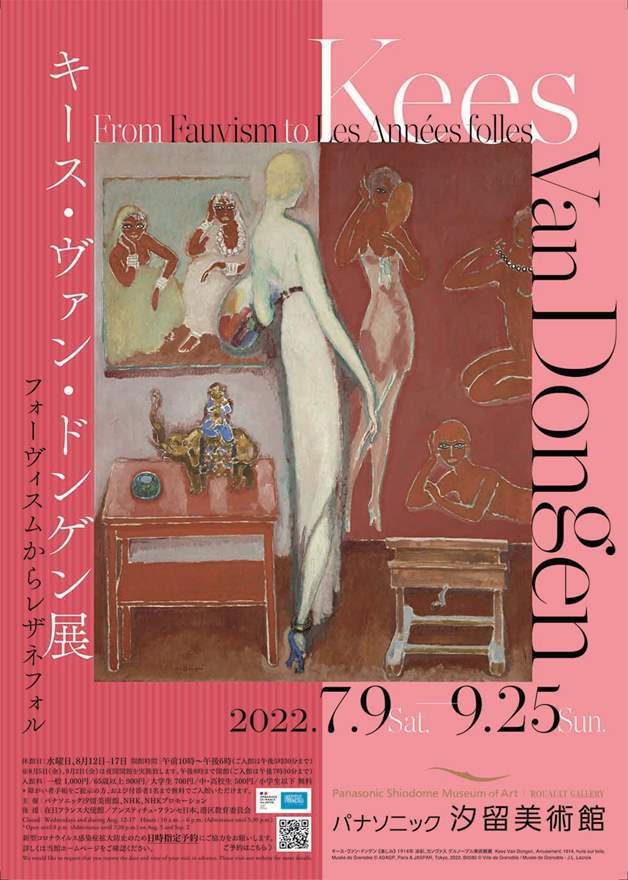 Keith van Dongen (1877-1968) was born in the Netherlands and stayed in Paris for the first time for a few months at the age of 20, studying at the Academy of Fine Arts in Rotterdam. Two years later he moved to Montmartre and set up an atelier. Van Dongen, who had been painting powerful brushstrokes since the Dutch period, soon became interested in Neo-Impressionism and soon became a member of the Fauvist painters with his dense, expressive and intense colors. Although it is a brilliant tone, the use of colors that make you feel an inner expression, and especially the screen that appeals to the elegance and sensuality of the body when depicting women becomes synonymous with Van Dongen.
This exhibition introduces the process by which this rare artist grew into a Fauvist painter, focusing on the study of color and form that he worked on in the period from then until the First World War, to the theme of character expression and the artist's path in the frenzy of the 20s (Rezanephor) after the end of the war.
In the 1920s, his interactions with social circles led him to receive numerous orders as a portrait painter. Van Dongen's unique style, the delicate, elongated, deformed and supple figure, was expressed in extremely sophisticated colors and gained enormous popularity among the upper classes of the time.
This is Van Dongen's first solo exhibition in a Japanese art museum in 44 years, and divides the artist's innate qualities of skillful character drawing and sensual expression throughout the ages, and the colors, shapes, and harmonies characteristic of each era, into three chapters: the Neo-Impressionist and Fauvist periods, the Fauvist aftermath period, and the Rezanefor's period. You will see it through an excellent collection of domestic and foreign countries.