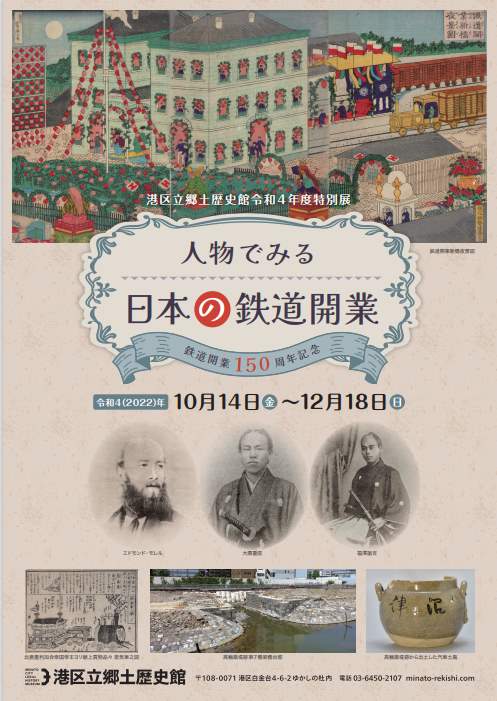 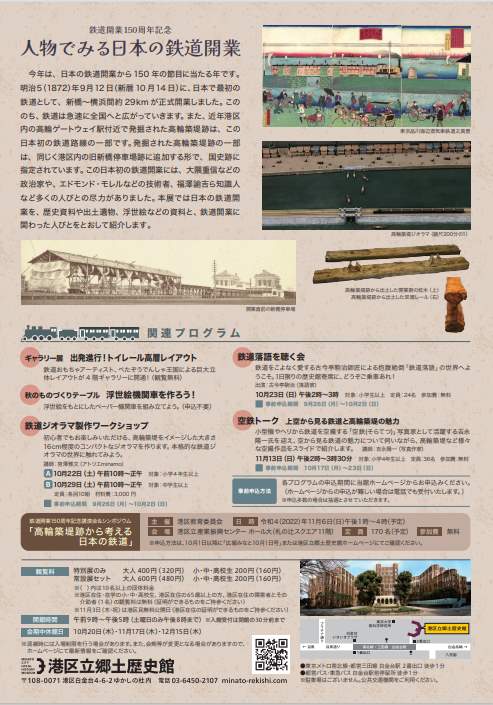 This year marks the 150th anniversary of the opening of the Japan Railway. On September 12, 1872 (October 14 of the new calendar), the first railway in Japan, about 29 km between Shimbashi and Yokohama was officially opened. After this, the railroad rapidly spread throughout the country. In addition, the remains of the Takanawa Embankment, which was recently excavated near Takanawa Gateway Station in Minato Ward, are part of the first railway line of this Japan. Part of the excavated Takanawa Embankment site has been designated as a National Historic Site in addition to the site of the former Shimbashi Halt in Minato Ward. The opening of the first railway in this Japan was the result of the efforts of many people, including politicians such as Shigenobu Okuma, engineers such as Edmund Morel, and intellectuals such as Yukichi Fukuzawa.
In this exhibition, we will introduce the opening of the railway in Japan through historical materials, excavated relics, ukiyo-e and other materials, as well as people involved in the opening of the railway.