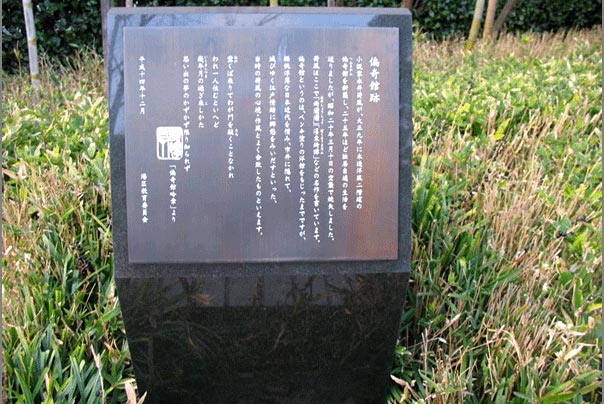 It has lived for 25 years until the writer Nagai Kakaze burns in the air raids from 1921 to 1945. He was named a eccentric museum by western a two-story wooden house painted in the name of a crotchety oddball. I nostalgic for the Edo period and left a work such as "Sumida River" and "Biyori Geta". When he was 31 years old, he became a professor at Keio University in the recommendation of Mori Ogai, and presided over the "Mita literature". It was burnt down in the Tokyo large air raid on March 10, 1945.