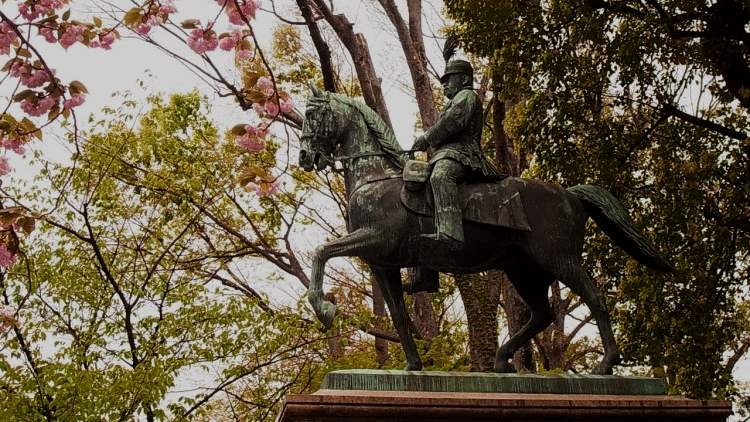 The bronze statue of Prince Arisugawa Taruhito stands on the field on top of a hill in the Arisugawa-no-miya Memorial Park in Minami-Azabu. This was where the Asano family's villa used to stand and it became the residence of Minonokami Nambu, who was the feudal lord of the Moroka Domain. In 1896, this land became the property of the Arisugawa-no-miya. Prince Taruhito was going to spend his last years here, but he passed away before he could live here. The equestrian statue of Prince Taruhito was located in the old Imperial Japanese Army General Staff Office in 1903, but as the park had close ties with the Prince, the statue was moved to there in 1962.