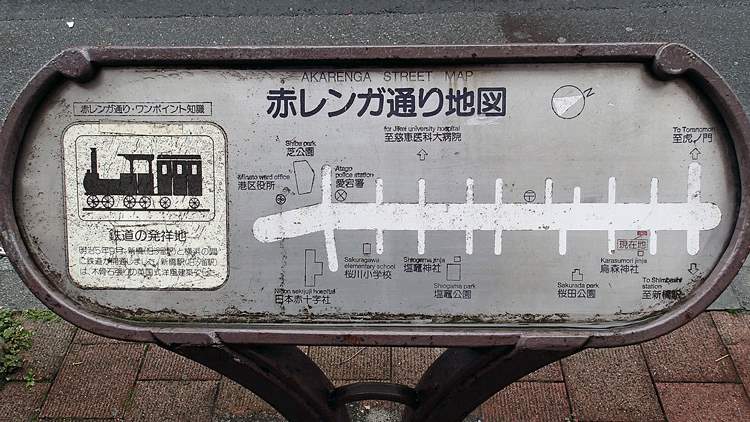 The street continues from Shimbashi 2-chome to 6-chome. As the name implies, the road is paved with brick tiles.

In the fire that originated from the outside of the Meiji 5, the Ginza and Tsukiji area were burnt down, and the Meiji government decided to use bricks to escape fire against the Tokyo prefecture. After that, it is said that it was the origin of the name that the Kanga factory called ' Kiyotaka kan ' of red brick was able to be done in Shimbashi red Brick Street.