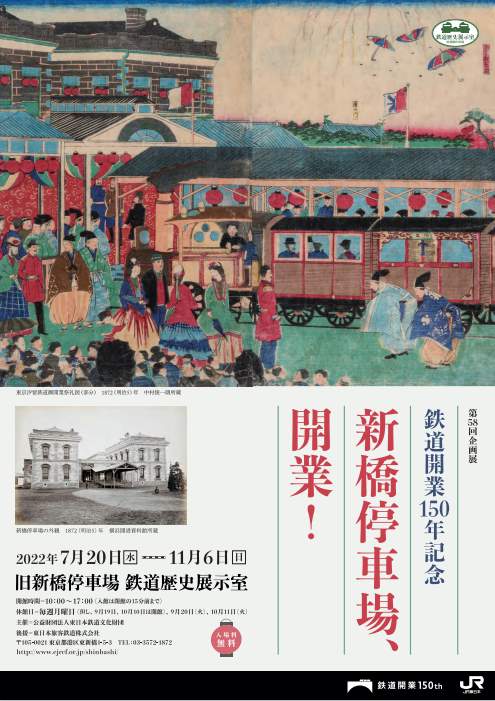 This year marks the 150th anniversary of the opening of Japan the first railway between Shimbashi and Yokohama on October 14, 1872 (Meiji 5).
In this exhibition, we will introduce the situation at that time through the Shimbashi Station, which became the gateway to the Tokyo side, and the opening ceremony held in the presence of Emperor Meiji. The "Old Shimbashi Stop" at the venue is a building that reproduces the exterior of the Shimbashi stop at the time of the opening of the railway in the same position as at that time. In the excavation of buried cultural properties prior to the redevelopment work of Shiodome Shiosite site, the foundation stones and relics of the premises facilities such as the station building and platform at the time of the opening of the railway were excavated, and some of them are exhibited in the permanent exhibition room of the museum. In conjunction with this exhibition, we hope that it will help us to look back on the history of Shiodome, the place where the railway was opened.