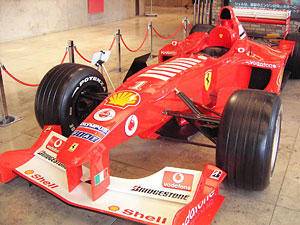 The museum was established in 2000 (Heisei 12) in commemoration of the 100th anniversary of the founding Japan the Shell group. We introduce motor sports such as F1 from various angles. A real F1 car of the Ferrari team is exhibited, and the talk show which invites a famous driver is held, too. In the shop, there are a lot of related goods of Ferrari such as F1 cap and T-shirt, in addition to the F1 car and tanker truck of the paper craft which can be bought only here.