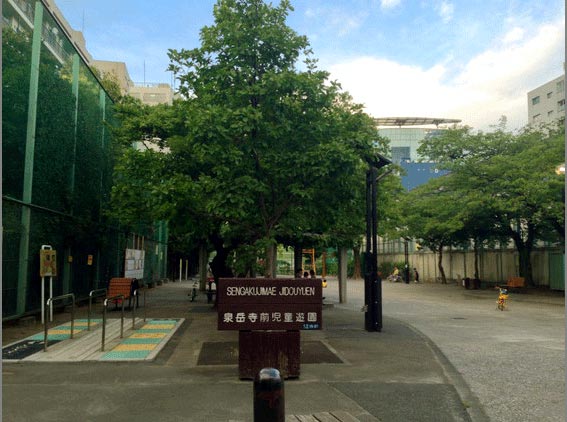 The British legation was placed in the gate in the Edo period though it was a chushingura speaking of Sengakuji Temple. The place where the British legation was placed repeated the relocation because it often received the raid of the Joi patriot. It moved to the gate of Sengakuji in the 1st year of Keio, and the official name was called Takanawa Hospitality station. Sengakuji Temple is a temple with the tomb of Ako, and it has been a famous place since the Edo period, but after the Meiji era, the British legation is also a new landmark, and it is also depicted in brocade. After finishing his role as a British legation, the new government was used as a foreign hospitality to negotiate with foreign ambassadors. It seems to be hardly known that there was a legation in the gate because it is too famous though Ako is a part though the child amusement park of the present Sengakuji former is a portion.