The "Avengers Exhibition" at Roppongi Hills: Into the World of Superheroes from Iron Man to Captain America, Thor, and Hulk! 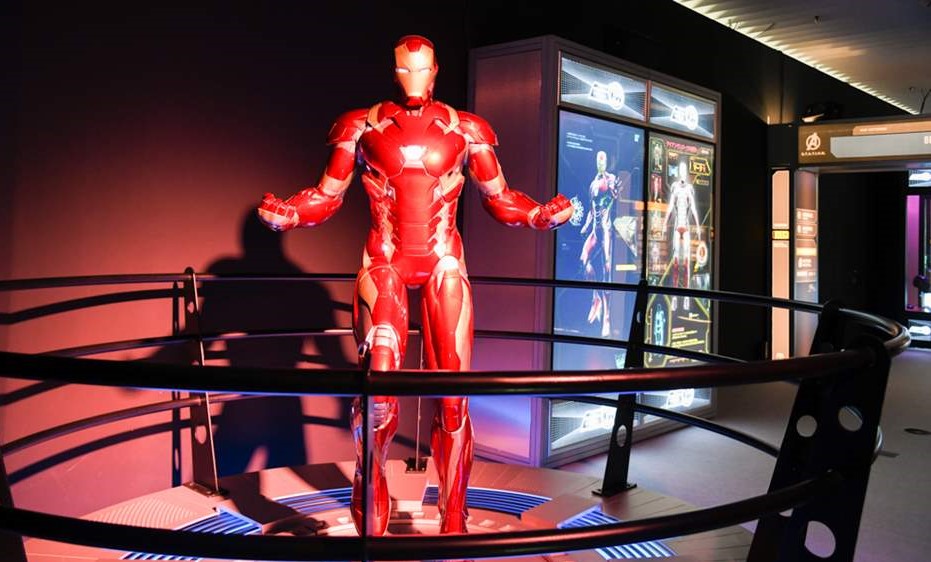 The "Avengers Exhibition," which features the world of the Marvel Cinematic Universe centered around the "Avengers" series, has started in the Mori Arts Center Gallery on the 52nd floor of Roppongi Hills Mori Tower on April 16th. After touring 24 cities around the world including New York, London, and Paris, the exhibition has arrive in Tokyo. We had a hands-on experience of the interactive attractions where you can feel like a hero on the day before its opening!

The "Avengers Exhibition" is here at Roppongi Hills

Starting from the 2008 movie "Iron Man," the Marvel Cinematic Universe (MCU) is home to many Marvel hero movies such as Captain America, Hulk, and Thor. Not only are there movies for each hero, but there have also been four 'Avengers' movies where all the heroes unite. Many fans have been mesmerized by the drama created by the MCU. This time, an exhibition where you can enjoy the MCU atmosphere is here for the first time in Japan, in Minato Ward!
This exhibition is a place to learn the sources of superhuman powers and cutting-edge technology of the Avengers. It is also an opportunity to receive training to become a member of "S.T.A.T.I.O.N," a science combat support network that supports the Avengers heroes. Therefore, as an introduction, we first receive commands from Agent Maria Hill in the Briefing Room.
The exhibition starts in the "Captain America Area." There are seven areas, each of them revealing the secrets of each character. In the Captain America Area, we are greeted by legendary items: The replica of "that shield" and his Harley…
In the display with the handsome suit, you will find analytical information on how Steve Rogers, an ordinary young man, became Captain America and the secret of his strength. By the way, photos are allowed inside the exhibition. You can even take pictures of yourself riding on the Harley.

Digital Contents Where You Can Experience Hero Battles

Through the "Professor Bruce Banner's Bio Lab" where you can feel the size of the Hulk's hands, we arrive at "Iron Man Cutting-Edge Engineering Lab." We were amazed by the "Hulkbuster," built upon the friendship of Iron Man and the Hulk.
Moreover, there is a hangar-like display case next to the "Hulkbuster." Here, armors of the past developed by Iron Man or Tony Stark can be seen.
From Mark 1 to Mark 7, the seven armors show the life of Tony himself. While the armor seems to get more and more sophisticated, the slightly stubby Mark 1 armor is a particularly moving display for fans who know the early days. In front of the Arc Reactor lit in the chest, we are reminded of the first Iron Man movie, thinking, "Here is where it all started..."
Also, at the "Hulk Buster Experience," you can experience hero battles in the Hulkbuster. If you push out both hands, laser beams shoot out just like in the movies. Let's protect the city from enemy forces with your hands.

Learn the power of the Avengers and defeat the evil!

After exhibits of Black Panther, known for its "Wakanda Forever" watchword, and Captain Marvel, the "beginning of Marvel," we arrive at "Thor's Observatory." Thor is a powerful and popular MCU hero, a kind-hearted prince of Asgard. The area is enclosed by a 180-degree arch screen and is full of Mighty Thor's secrets. In the middle is the Mjolnir hammer that can only be picked up by the chosen. Will you be able to lift it up?
Next up is the "Avengers Hall," where Hawkeye, Black Widow, and Antman can be seen. Many items from the movies such as the arrows that are shot rapidly by Hawkeye and the suit of Black Widow are all displayed. Also, there are displays of War Machine and Falcon, who help out in the back during decisive scenes and are full of content for fanatics.
After going through the gates of the "Housing Room," we find Thanos, a strong enemy of the Avengers. Villains play an important role in the MCU. We find how much Marvel commits to quality from its detailed sculpting and settings.
The lifesize models of the Chitauri and Dark Elves are quite scary. However, by now, we know the secrets of how strong the Avengers are. We should be able to prevail over the villains. Let's test our courage in the last test.

Collaboration Gourmet of the latest "Doctor Strange" movie at the café!

After the exciting exhibition, the store is full of items that attract the attention of Avengers fans.
In order to alleviate congestion at the venue, tickets for this exhibition are sold on an "all-day, all-date" basis with a limited number of people. There are advance purchases and same-day ticket purchases, so please check the official website below for details.

There have been more than 20 works within the MCU. If you have a friend who doesn't know the avengers well, you should recommend him or her to watch at least the four 'Avengers' movies. That should be enough for beginners to have fun at the exhibition. The "Avengers Exhibition" is held at the Mori Arts Center Gallery on the 52nd floor of Roppongi Hills Mori Tower until June 19th. Enjoy the would of superheroes under the night sky of Minato Ward!
(data)
"Avengers Exhibition"
Venue: Mori Arts Center Gallery (Roppongi Hills Mori Tower 52nd floor, 6-10-1 Roppongi, Minato, Tokyo)
Dates: April 16 (Sat) - June 19th, 2022 (Sun), No closed dates
Opening hours: 10 AM - 8 PM (Last entry 30 minutes before closing)
Entrance fee: Adults/University Students 2500 yen, Junior High/High School Students 1700 yen, Elementary School Students 1100 yen, Kindergarten and below are free of charge
Official website: https://avengersstation.jp
Categories
Tweet

On April 20, 2022, one of the largest esports parks in Japan, "RED°TOKYO TOWER" opened in Tokyo Tower Foot Town in Minato, Tokyo. The new facility is already attracting attention as a place where cutting-edge VR technology, video technology, and physical experience come together, creating a complete...

Let's find out "the one and only truth" with Conan! Experiencing the Roppongi Museum "Detective Conan Live Museum: The Gift of Halloween"

Detective Conan is a famous mystery manga by Gosho Aoyama. "Detective Conan Live Museum: The Gift of Halloween" is a self-participatory entertainment where you can experience the world of the work, also popular in anime. The event is held at Roppongi Museum from February 11th (Fri) to June 5th (Sun)...

"Tamiya" is a famous model manufacturer. Did you know that the only Tamiya-operated company store in Japan is in Shimbashi, Minato, Tokyo? In this article, we will be making sweets decorations, a popular hobby, at "Tamiya Plastic Model Factory Shimbashi." To the hall of plastic models, "Tamiya Plast...