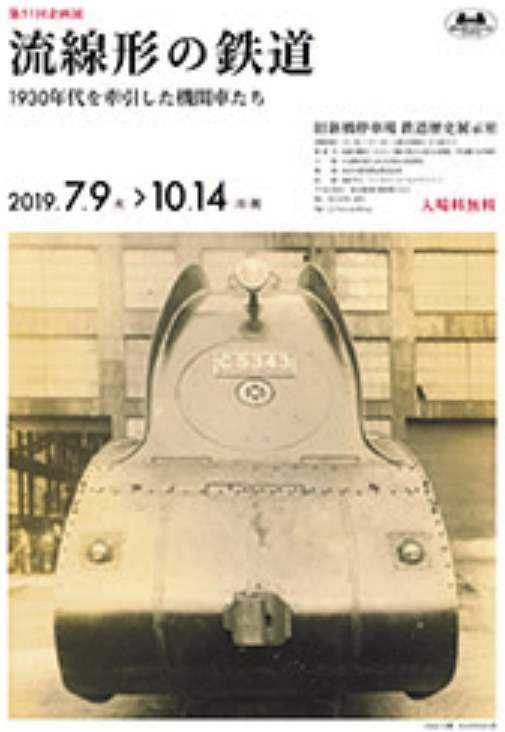 Streamlined used in the design of trains that emphasize express, such as shinkansen and express trains.
This is a form that reduces the vehicle's air resistance during driving and pursues speed so that rail users can reach their destinations faster. In Japan, in 1934, the Ministry of Railways changed the original design of the existing C53 steam locomotive, creating a streamlined railway.
The streamlined locomotive, which is completely different from the appearance of the conventional steam locomotive, became a hot topic in various places, and attracted the attention of many people, including children. In this exhibition, we will introduce you to the streamlined railways of the 1930s in the linear genealogy that is still used in the design of high-speed rail.